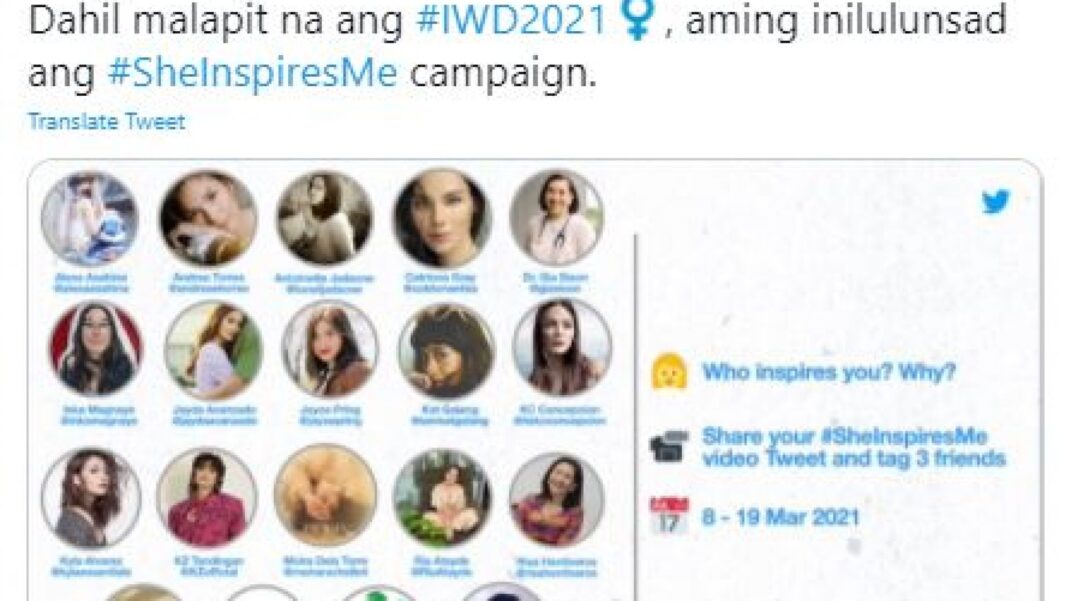 Twitter is home to an incredible array of women voices to find, share and pass on that inspiration to others. Unique, influential, big and small; from leaders in business to entrepreneurs, mothers, daughters, partners and friends. Twitter is the place they come to converse in an authentic way and this #InternationalWomensDay, Twitter is highlighting those voices with a Southeast Asia-wide campaign, #SheInspiresMe.

To celebrate #InternationalWomensDay, we are kicking off #SheInspiresMe by partnering with more than 40 creators across Southeast Asia (Indonesia, the Philippines, Singapore and Thailand) to create a personal #SheInspiresMe video Tweet in which they share about the women that inspire them, and why. They will also tag 3 other people to encourage them to join the campaign. This series of videos will be Tweeted from 8-19 March to pass on inspirations to others on Twitter. 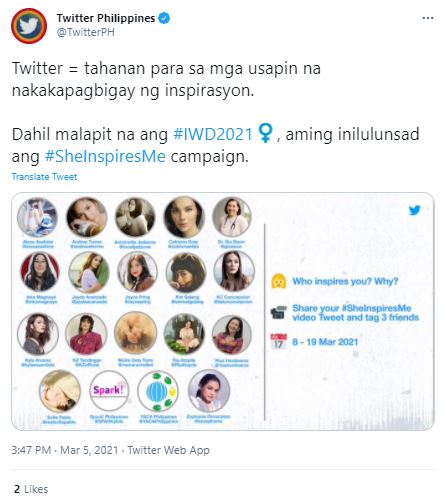 Everyone is invited to join in Twitter’s #SheInspiresMe campaign by following these two easy steps:

Don’t forget to tag us at @TwitterPH and let’s celebrate the inspiring women voices on Twitter together on this #InternationalWomensDay.