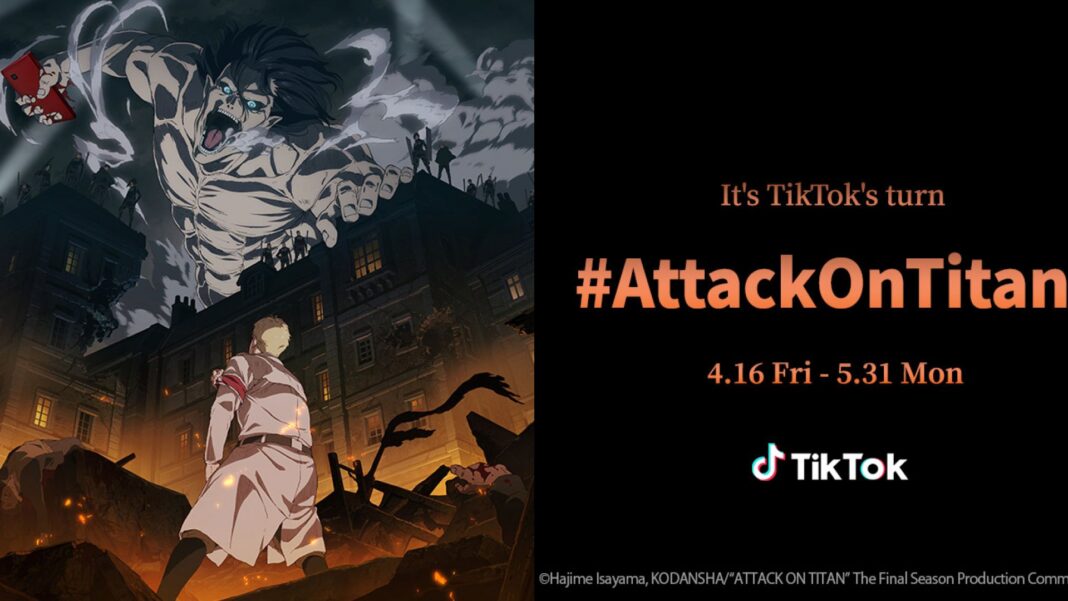 Short-form video platform, TikTok, has just launched its latest collaboration with TV animation Attack on Titan The Final Season. This collaboration project is sure to be enjoyed by everyone, and certainly gives fans of both the Attack on Titan comic and anime series something to look forward to.

Kicking off the collaboration on the platform is the #AttackOnTitan Challenge, which begins on April 16, commemorating the completion of the original Attack on Titan manga. Three different TikTok effects based on popular characters and scenes from the anime will be made available for users to play around with as part of the challenge.

To join, users must follow the official Attack on Titan TikTok account, and post a video using the original effects, with the hashtag #AttackOnTitan. The challenge period runs from April 16 to May 31, 2021.

A total of five #AttackOnTitan Challenge winners will be selected to win special gifts, including:

Join the #AttackOnTitan Challenge on TikTok! Download the app on your iOS and Android devices today to get started.