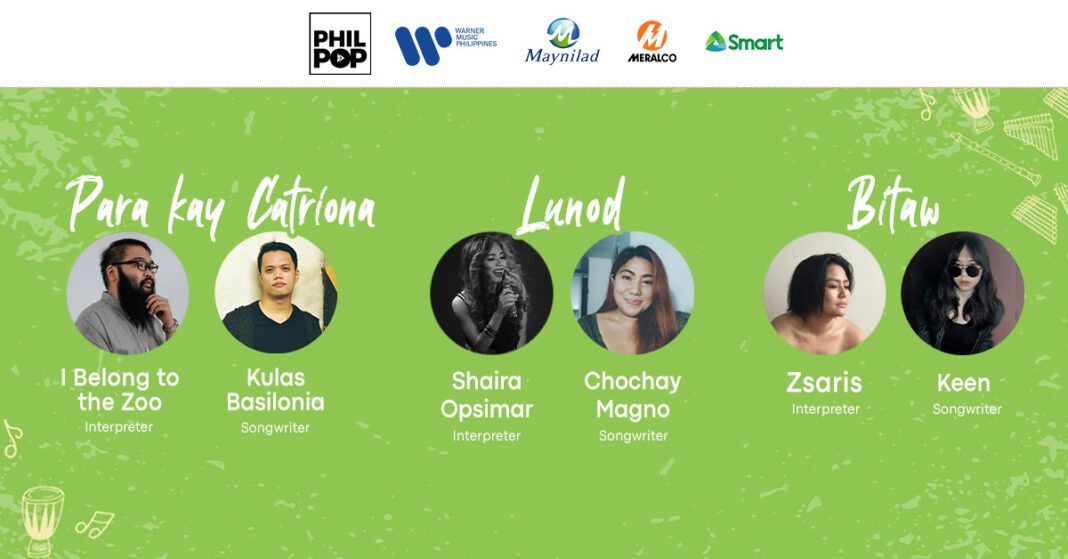 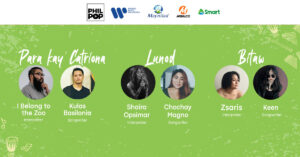 Carefully selected from thousands of submissions, the entries from this particular group reflect the unfettered truths about romantic relationships, disappointments, and heartaches, written based from personal experiences or from the perspective of an outsider looking in.

“Para Kay Catriona” comes to terms with the painful reality of loving someone who will never be aware of your deep and strong romantic affection. Kulas Basilonia penned the track when he was aboard the bus, seeing Catriona Gray on television as she struts in the runway with her signature slow-mo twirl. “It felt as if my life is in a slow-mo too,” the up-and-coming singer-songwriter quips. “I immediately researched about her and found out that she has a Music Theory certificate from my dream school. I was amazed, and it made me daydream about the possibility of being destined together. But reality check: we’re different in a lot of ways, and I know, it’s never going to happen.”

The intricately arranged folk ballad is interpreted by I Belong To The Zoo, and produced by Caio Cadiz. Instead of synthesized sounds, Cadiz went for real instruments such as classical guitars in his attempt to record a serenade that is both heartwarming and beautifully melodic.

“Bitaw” is an emotional R&B track that centers around the dissolution of a romantic relationship, and the struggles of dealing with healing and self-love. With slinky beats and soulful delivery, the Keen-helmed song refuses to stick to the time-tested formula of pop music, tapping someone like Zsaris to interpret the material with the right balance of sensitivity and nuance.

“We are confident enough to win the vibe of the listeners,” Keen shares, beaming with so much enthusiasm and confidence. “The production team sauces up the final piece, they’ll be hearing a different approach from the original one that I made.”

According to composer Chochay Magno, “Lunod” is about finding merit in quitting, and how it can be liberating sometimes to just give in to loneliness and melancholy. “Sometimes quitting is winning,” the South Luzon finalist shares. “And walking away from those who failed to see your worth is your first step towards regaining yourself back.”

Magno wrote “Lunod” while lying in the sands of La Union. She attests to the power and tranquility that nature gives off, which allows her to hit the reset button and escape the toxicity of work and personal life. “I can cry my tears out without being obvious because when you’re soaked in water nobody knows you’re crying, right,” she explains. “I can shout to the waves without being judged. It’s like the sea is my witness and fortress.”

“Lunod” is interpreted by pop newcomer Shaira Opsimar, who gave justice to the song’s colossal nature and emotional depth.

“Para Kay Catriona,” “Bitaw,” and “Lunod” are are now available on streaming and digital platforms worldwide via PhilPop and Warner Music Philippines.