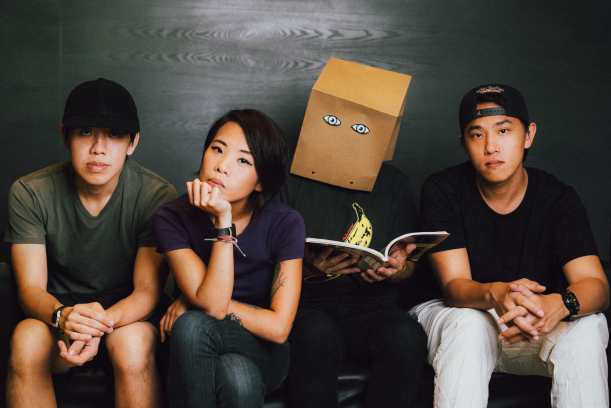 “Art created with thought and feeling often defies simple description; but closer inspection rewards the listener with layers of discovery and revelation. For those who enjoy the hidden twists and detours, Mila takes us on that journey.”

“Mila Ascending” is The Steve McQueen’s first single release from their much awaited fifth studio album, The Observer. The mercurial band went directly from touring Japan and the Asian festival circuit into the studio to record this collection of new music which simultaneously invokes alternative R&B, chill-pop, 60’s Motown and nu-soul.

The acclaimed band has recently celebrated their 8th year on the road with this release of coy and inconspicuous observations, and early listeners say it’s their best yet: balancing unique forms, ear-catching sounds and clever storytelling with an accessible pop sensibility.

About the album’s direction, the band shares, “I think one of our goals was to capture the energy and intimacy of live performance, to make the music really speak, and to allow a restlessness to pervade that would let you hear something different at every listening. We think of that as the ‘tilt’ – chords that don’t go where you’d expect, sections that morph and discarded beats strewn everywhere that kinda throw you off-balance a little. I mean, what’s the point of so much predictability? Or maybe we’re just borderline sociopaths; it’s hard to say.”

The new album, The Observer will drop on September 16, 2021 in conjunction with an album launch concert at The Esplanade Concert Hall in Singapore. The Observer is the band’s fifth studio release, and will feature eight new tracks.

About The Steve McQueens

The Steve McQueens refuse to be pedestrian; they don’t live in the transient, or the touch-and-go. Swerving between cool seduction and gripping magnetism, they are ambitious to light the world up with their progressive brand of self- titled neo-vintage soul-funk.

The quartet formed in 2013 as a forging of four mercurial talents in Singapore, a small country punching above its weight in Southeast Asia’s music scene. Critically acclaimed, The Steve McQueens will leave an indomitable mark on any listener with their music.

Umami Records is a Singapore-based indie record label founded in 2013. Much like the “5th taste” reputation of its namesake, the label strongly believes in discovering new, interesting sounds that run underground and away from the mainstream. The label’s tight-knit, curated roster includes releases from Linying, The Steve McQueens, brb., Evanturetime, CampFire, Martin Baltser, Phoria, Oriental Cravings, and more.