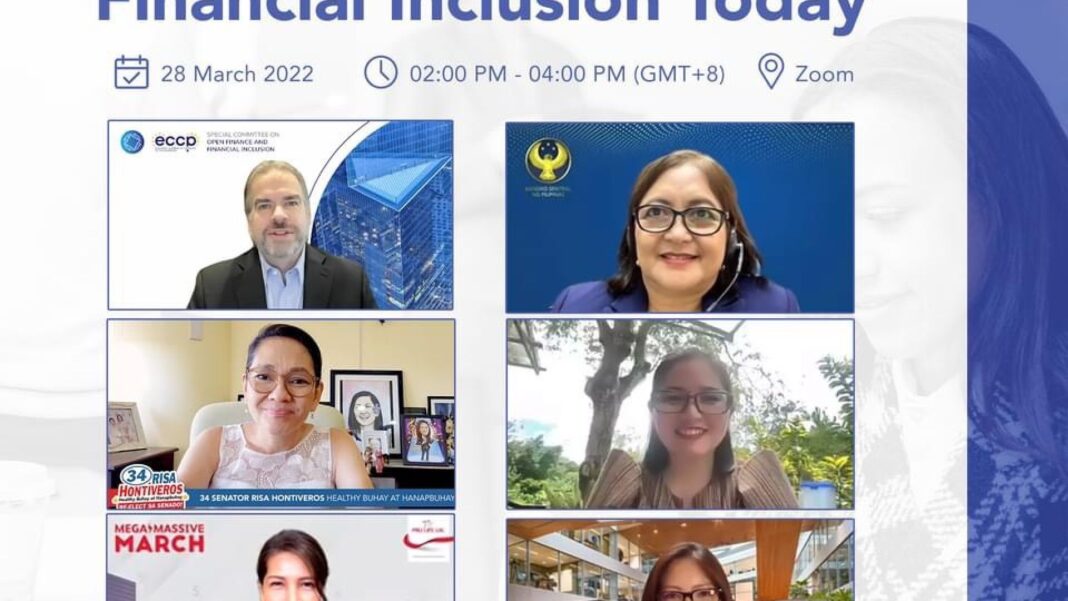 Empowering women-led micro, small and medium enterprises (MSMEs) by democratizing access to financial tools and services will result in a significant boost to the local economy.

During the Promoting Women and Financial Inclusion Today webinar hosted by the European Chamber of Commerce Philippines, government leaders from the Bangko Sentral ng Pilipinas (BSP) and the Senate, as well as executives of leading open finance platform UBX, and insurance provider Pru Life UK underscored the huge benefits in including women entrepreneurs into the country’s financial systems.

Global studies conducted by the International Finance Corp. (IFC) and the Organization for Economic Cooperation and Development (OECD) found that male-led businesses have more access to business financing than their female counterparts.

And yet, women entrepreneurs, according to a Digital Readiness Study conducted by the Department of Trade and Industry, are motivated to grow their businesses for their families and communities. They just need more knowledge and skills to optimize digital platforms and convert engagement to sales.

“The future of finance is in many ways female,” UBX President and CEO John Januszczak said. 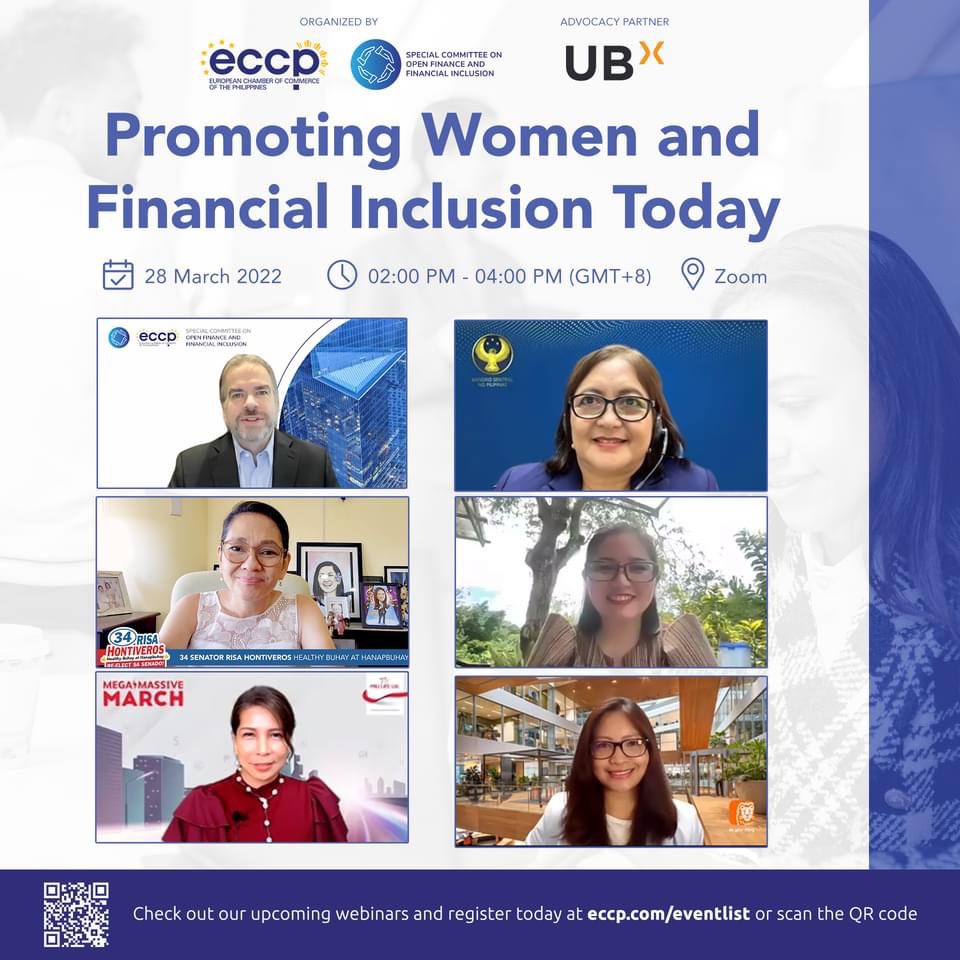 “One area where there has been substantial exchange and sharing of ideas and initiatives between the BSP and its stakeholders is empowering women to become successful entrepreneurs in the MSME sector. The BSP recognizes the important role of MSMEs in the economy, and in line with this, the BSP has implemented a wide range of policies and regulatory relief measures to support them — particularly as they have been among the most vulnerable sectors during the pandemic,” Fonacier said.

These include measures that provide incentives to supervised financial institutions to extend financial relief to borrowers, initiatives that incentivize bank lending, and endeavors that promote continued access to lending and financial services, among others.

“The BSP continues to promote the adoption of innovative MSME financing approaches by banks such as the agriculture value chain financing and supply chain financing to direct much needed funds for this sector,” Fonacier said.

Fonacier explained that empowering women entrepreneurs also involves financial literacy measures, as this will equip them with the right knowledge to tap the right tools for their financial needs.

“Financial literacy promotes economic empowerment of women as they aspire to become leaders and agents of change, financial inclusion, and sustainability. Financial literacy leads to growth and development in women welfare and, in turn, contributes to economic growth. Financial feminism through financial literacy presents an opportunity not only to reduce gender gaps in pay, investing, and wealth but also to use women’s increasing financial power to align with the goals and actions required to build a sustainable and equitable future,” Fonacier said.

For her part, Senate Committee on Women, Children, and Family Relations Senator Risa Hontiveros lamented that the pandemic magnified the vulnerabilities of Filipinas.

“We must expand the opportunities for women, especially in financial inclusion. Hindi lang pinto ang dapat pagtutulungan buksan, pati bintana. We can find solutions to common problems of limited access to financing support, training, business development services, and technology that will enhance the competitiveness of women-led micro, small and medium enterprises,” Hontiveros said.

Hontiveros also called on the government to enhance its support for the development of digital solutions that democratize access to financial services for women entrepreneurs, noting that the majority of enterprises in the Philippines are female-led.

UBX Managing Director for Banking Services Anne Yosuico agreed, saying that it is imperative for the finance sector to empower women-led businesses as this leads to significant growth to the broader economy.

Citing a McKinsey Global Institute study, Yosuico said addressing gender gaps could add between $12 trillion to $28 trillion to the global economy, which is larger than the combined economies of the US and China.

World Bank data shows that the Philippines is one of three countries with more female sole proprietors than men. In fact, before the pandemic, 55.8 percent of business name registrations were women-owned and run, according to data from the DTI.

Furthermore, 64 percent of MSMEs assisted by the DTI Negosyo Centers were led by women. Another 64 percent of the 5.8 million individual members of the cooperatives under the National Association of Training Centers for Cooperatives (NATCCO) are female.

“If you look at the potential impact of women, it is game changing,” Yosuico said. “This investment in women whether it’s through education or targeted financial services — will result in an impact of this scale.”

Yosuico emphasized that UBX has been in the business of empowering women entrepreneurs through its open finance platform, considered to be the leader in the Philippines.

Through open finance, participating banks and other financial institutions are able to tailor financial products and services to the needs of women.

“There are so many other things that we can do. We can start to look at how women entrepreneurs can also enable other women entrepreneurs. We can provide focused resources and services aimed at enabling women. Most of all, participation and representation matters, so where you are – you have to keep the conversation going. Doing this will open more access for women, especially women entrepreneurs,” Yosuico said.

For her part, Pru Life UK Chairperson Ida Tiongson said it is imperative for the Philippines to address the four major problems of women entrepreneurs, which she listed as lack of money, lack of confidence, lack of support, and lack of time. These four, she said, can be addressed by promoting financial literacy among women.

“Helping women will have a domino effect on the economy,” Tiongson said. “The bottomline for all of us is education.”