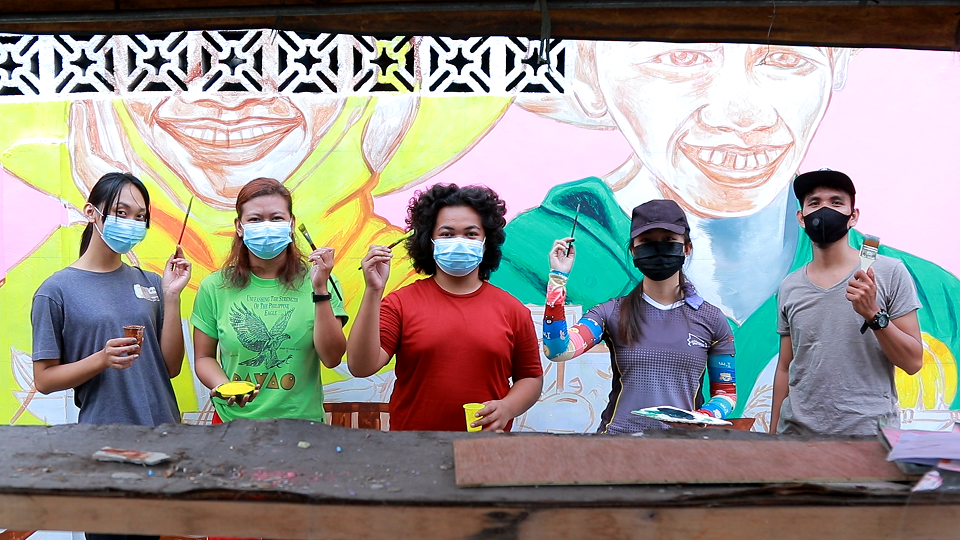 To encourage communities to take an active role in sustainability, Smart, together with local government units of Davao region, recently launched a Paint it Forward: Wall Mural Contest.

A total of 20 groups of local artists from Tagum City, Panabo City and the Municipality of Carmen in Davao del Norte responded to the invitation of Smart to present, through public art, the efforts of the local government in promoting sustainability measures in the region.

Artist Ryan Paltrep, one of the participants from Barangay Ising in Carmen, said that their group joined the competition to raise awareness about sustainability through arts. He has been painting since he was still in elementary.

“Sa among wall painting (In our wall painting), we featured the sustainable tourism destinations in our town.  These destinations are Tala River, Veteran’s Shrine, Divine Islet Zipline, Balutan sa Carmen, Riverside of Tagunay, and Umasataba, a fishing resort,” he said.

Carmen shortlisted six entries for the competition while Panabo City and Tagum City banked on six and eight entries, respectively. Each participating group has a maximum of five members.

Tagum City Mayor, Allan Rellon said that the partnership with Smart is timely as the Davao del Norte capital pivots towards increasing the public mural density in the city.  “We want to thank Smart Communications for partnering with the Tagum City Historical and Cultural Center for this very inspiring project.  The visibility of murals in the city contributes to the amplification of our sustainability programs in a manner that is creative as the local government works towards creating a #BetterWorld for the Tagumenyos.”

All participating groups are given P5,000 to procure paints, brushes and other necessities related to the completion of the project.  The top three winners in each locality will receive prizes of P30,000, P20,000 and P10,000 worth of communication packages for the first, second and third placers.  The package includes gadgets, load cards and SIM packs. Consolation prizes will also be given to all participating groups.  The winning groups may also opt to donate the prizes to a charity, foundation, or advocacy of their choice.

Launched in the province of Cebu and Davao Region, the Paint it Forward Mural Contest is part of Smart’s efforts that encourage communities to #LiveSmarter for #BetterWorld campaign. The initiative is also aligned with the commitment of Smart and parent firm, PLDT to support the 17 Sustainable Goals of the United Nations, particularly Climate Action (SDG 13).