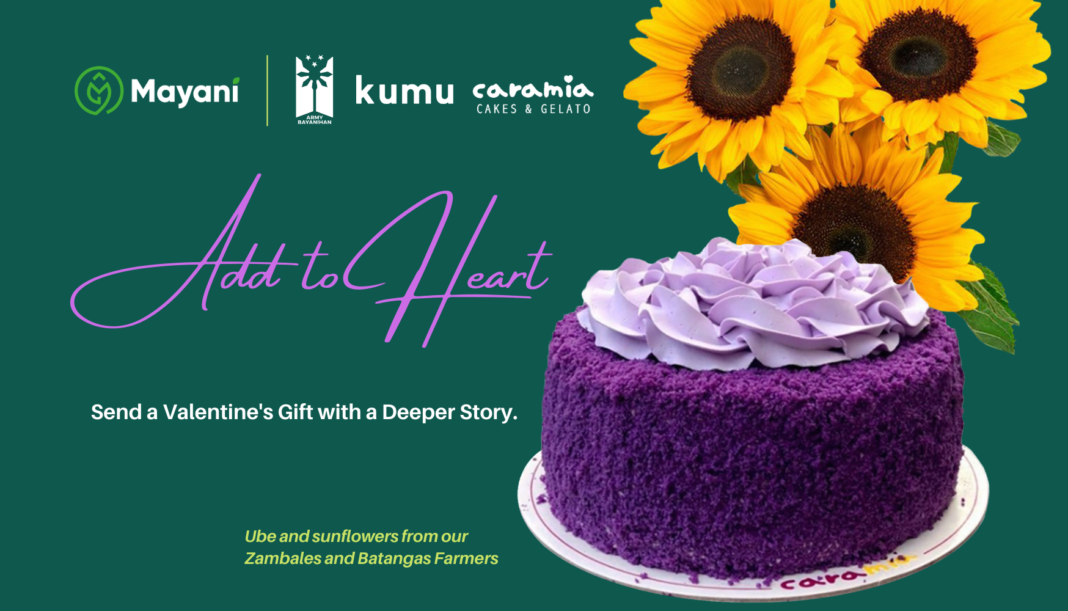 With Valentine’s Day just around the corner, how can you break the humdrum that comes with the usual, generic gifts? Can the Filipino kind of love be sentimental and socially impactful at the same time?

By teaming up with BTS ARMY, the legions of fans of the ultra-popular Korean group BTS, prominent cake brand Cara Mia, and one of the world’s top live streaming app Kumu, Mayani has activated on its e-commerce platform a Special Valentine’s Package – Cara Mia ube cake and farm fresh sunflowers – to provide a helpful lift to its community of Aeta ube farmers in Zambales and cutflower farmers in Batangas. 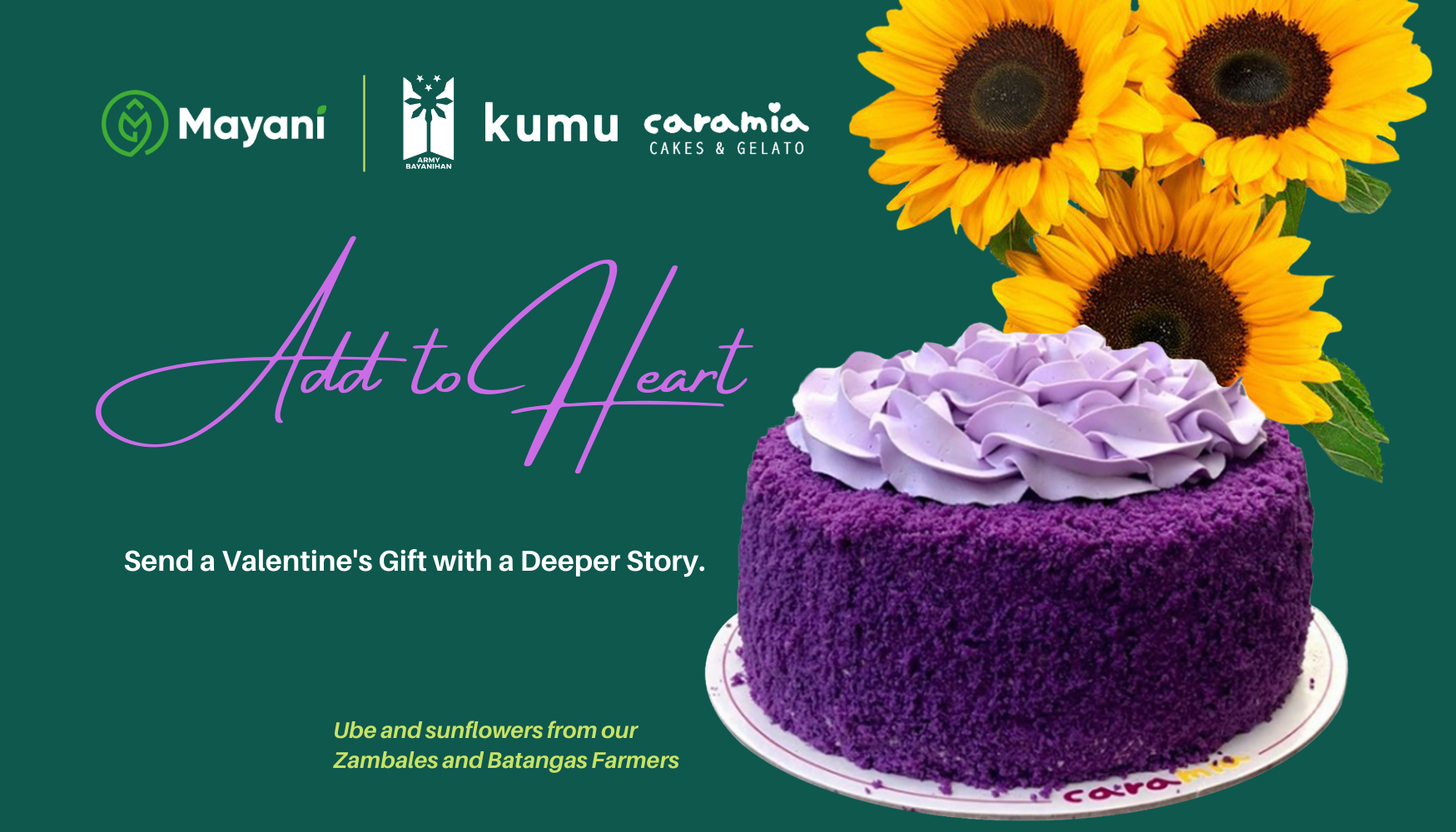 “The Filipino online shopper has become more discerning on how creative and meaningful their gifts can be for their loved ones,” said JT Solis, the Co-Founder and Chief Executive Officer. “#AddToHeart is our collective way of evolving the usual into something special while embedding a message of hope into every single Valentine’s Package that we deliver.”

Mayani’s campaign is linked to the BTS ARMY’s upcoming global birthday tributes to J-Hope and Suga, members of BTS. 25% of the campaign’s proceeds from their members will also be used to fund feeding programs.

“We have long been partnered with Mayani in all of our fundraising events, and they were all successful because of our aligned values. This is another step for our group to help more farmers and improve their livelihood,” said Lara Veloso, the Auditor of BTS ARMY Bayanihan.

According to One in an ARMY, the fan collective site of over 130 million volunteers across the globe, BTS ARMY mounted 366 projects and raised over 46 million pesos last 2020. The Philippines, one of the strongest epicenters of the fandom, is ranked first in terms of total project count.

Built to harness not just the mission convergence of its partners, Mayani’s #AddToHeart capitalizes on the Filipino’s innate romantic delight for flowers and ube cakes, ably provided by one of Mayani’s key restaurant clients Cara Mia, and a continuing sense of sharing and positivity even for this year’s Valentine’s – something that is reinforced by the campaign’s live stream proponent, Kumu.

Pre-orders will be available via www.mayani.ph until February 10 leading up to a series of special live commerce sessions on Kumu on February 11 and 12.