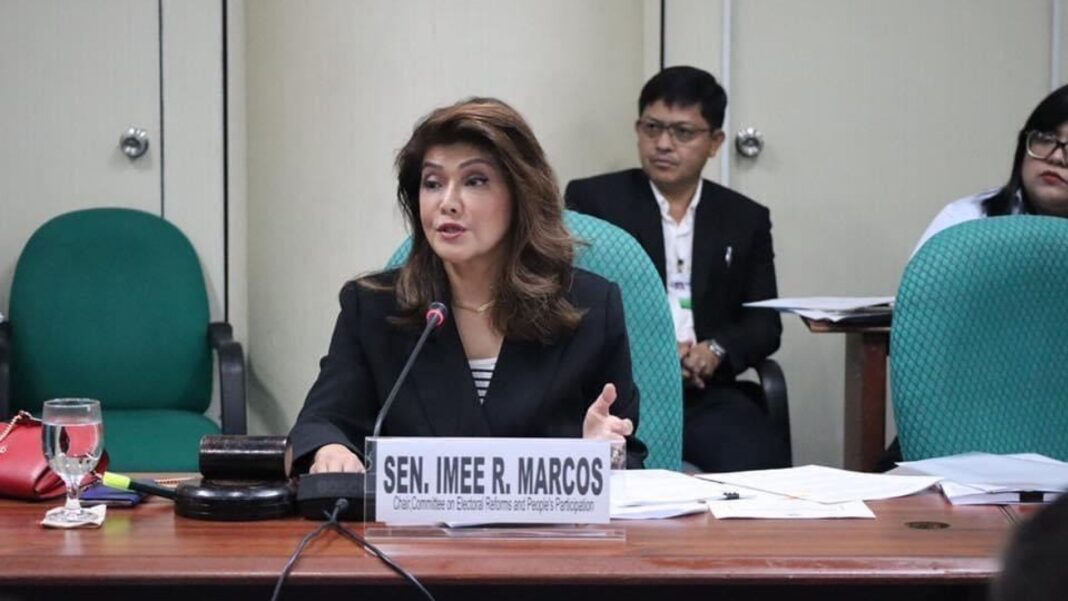 Senator Imee Marcos has defended President Duterte’s stand that the Philippines should be better compensated for enhancing America’s military defense posture in the Indo-Pacific region.
“The Philippines not only enhances the forward defense perimeter of the United States in the Indo-Pacific region but even subsidizes its utility expenses in our very own bases,” Marcos said.
“When many Filipinos cannot even pay their water and electricity bills amid this pandemic, how can the Philippines continue subsidizing the utility expenses of American forces?” Marcos asked, citing U.S. military benefits in Article 7 of the Enhanced Defense Cooperation Agreement (EDCA).
Marcos reiterated her call for a thorough review of EDCA, saying it allows the U.S. not only to skirt the Constitutional ban on foreign bases but also to avoid paying the annual compensation that was due the Philippine government before they were abolished.
“Even superpowers need allies, and the new American pivot to the Asia-Pacific shows the enhanced role of our region and the Philippines,” Marcos said, countering criticism of President Duterte’s demand for better compensation as a form of extortion.
Marcos agrees with President Duterte that the $3.9 billion in U.S. military assistance to the Philippines from 2001 to 2017 was paltry compared to the $16 billion given to Pakistan in the same period.
“The U.S. fears that if the Pakistani government fails, the 150 nuclear warheads it has produced may fall in the hands of the Taliban and could be used against America,” Marcos said.
“Without the Philippines, America’s supply chain and security commitments in the region are vulnerable. But our hosting U.S. forces makes us a potential and logical target of America’s adversaries if war breaks out in the region, even if it does not directly involve us.” Marcos said.
“If China attacks Taiwan for its push towards independence, America’s committed response to protect Taiwan will not be as swift, having to come from bases in Japan, South Korea, Guam or Australia,” Marcos explained.
Marcos predicts that human rights issues may be used against the Duterte government “to strike a bargain on what should strictly be a security issue.”
- Advertisement (300x250) -