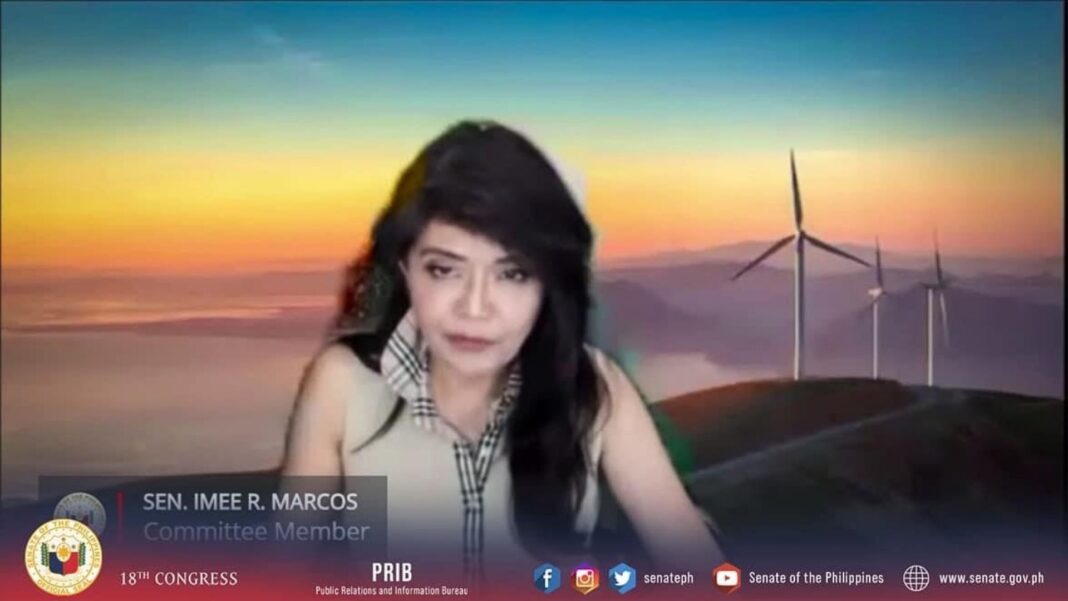 Senator Imee Marcos has sought to increase loan releases to farmers, fishermen and agrarian reform beneficiaries by proposing a higher penalty on banks that fall short of the level of lending required by law.
Marcos, who chairs the Senate committee on economic affairs, said the  agricultural and agrarian reform (agri-agra) sectors will be needing greater access to “new normal loans” that can help them cope with the changing  ways of doing business during and after the Covid-19 pandemic.
“Banks should be more open to providing new normal loans supporting the shift to digitization, particularly e-marketing and e-commerce, green financing for environment-friendly technologies and products, as well as vaccination programs that farmers’ cooperatives may take up, even health and wellness tourism that may become a new facet of the agri-agra sectors,” Marcos said.
Marcos discovered that total loanable funds that government and private banks withheld from the agri-agra sectors had risen from about Php460 billion in 2017 to more than Php533 billion in 2018, that led her to file Senate Resolution 1038 the next year to investigate the non-compliance and undercompliance of banks with Republic Act 10000.
Marcos’s pre-pandemic resolution was finally taken up Wednesday during a hearing of the Senate committee on agriculture, food and agrarian reform chaired by Sen. Cynthia Villar.
Republic Act 10000 requires all banks to allot 25% of their loanable funds to the agri-agra sectors and penalizes violators with a fine of half a percent of the computed discrepancy in required lending.
“An increase of the penalty from 0.5% to 2% can spur better lending, or at least better funding for agri-agra support mechanisms,” Marcos said, citing the Agricultural Guarantee Fund Pool and the Philippine Crop Insurance Corporation, which the said law endows with 90% of the penalties collected.
Marcos explained that most banks have been opting to pay the 0.5% penalty than increase their risk on loan approvals to agri-agra borrowers, “who from the outset are already discouraged to borrow by stringent bank loan requirements.”
“There will be an end to this pandemic. But the notion of building back better also encompasses ample loan support,” Marcos emphasized.
- Advertisement (300x250) -