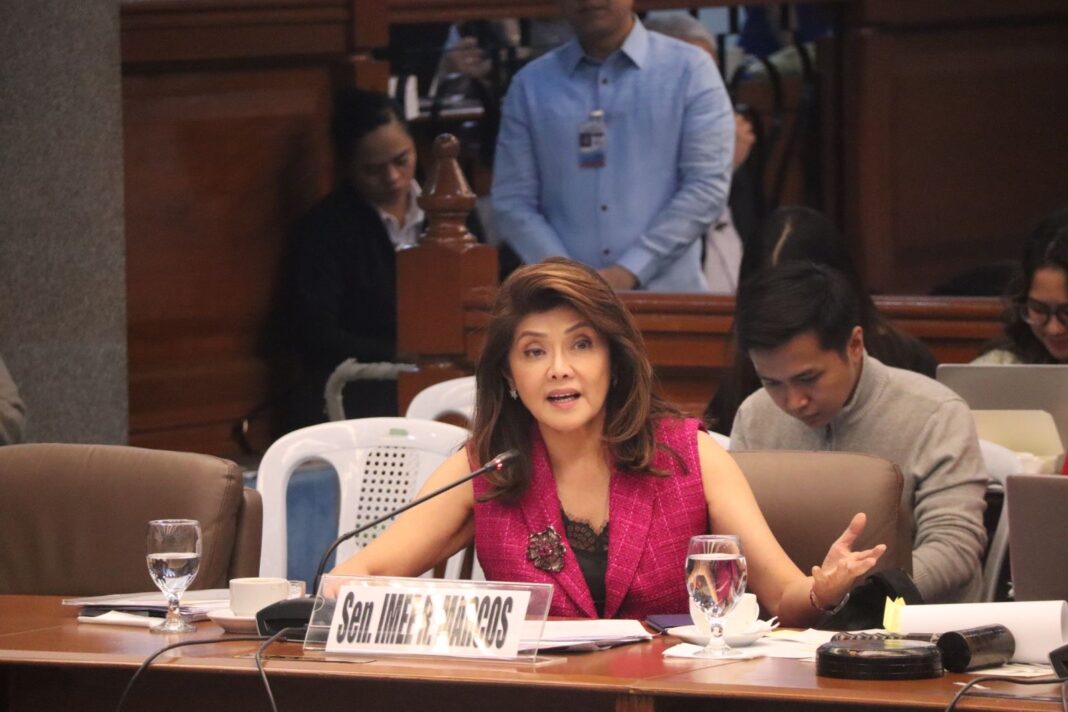 Senator Imee Marcos has again sought to stop the Department of Health (DOH) from implementing a new requirement that discourages private companies from procuring Covid-19 vaccines to augment the government’s limited supply and speed up mass vaccination.
“Companies will now be required to issue a so-called Certificate of A4 Eligibility under recent guidelines in the National Vaccine Deployment Plan (NVDP), which will exclude certain employees from priority vaccination even if their company’s products or services are considered essential, as food, pharmaceuticals, and transport,” Marcos revealed.
The term A4 refers to the group of vaccinees prioritized after healthcare workers, senior citizens, and people with co-morbidities.
The updated NVDP will have 13 sub-classes for A4 comprising frontline workers in the private sector and the government, overseas Filipino workers (OFWs) in similar jobs, and the new addition of religious leaders.
Marcos, who chairs the Senate committee on economic affairs, said that the Certificate of A4 Eligibility will force the private sector to discriminate against its own workers and will likely cause confusion, resentment and disorder not only within companies but also in local government units (LGUs) tasked to administer vaccines nationwide.
“We cannot look forward to reopening the economy if the DOH keeps shutting the door. With so many new sub-classes in A4, the DOH should instead be giving incentives to private companies to vaccinate their rank and file, so that businesses can again run smoothly and recover swiftly,” Marcos said.
“Nor should OFWs (overseas Filipino workers) be turned away by LGUs if they cannot present the same certificate before taking the jab. The DOH does not even identify who will issue the certificates to them,” Marcos added.
The department had earlier sought to prevent the purchase of vaccines by manufacturers of tobacco, alcohol, milk substitutes, and other products deemed in conflict with public health, but President Duterte decided against it after Marcos exposed the attempt contained in an administrative order drafted by the government agency.
- Advertisement (300x250) -