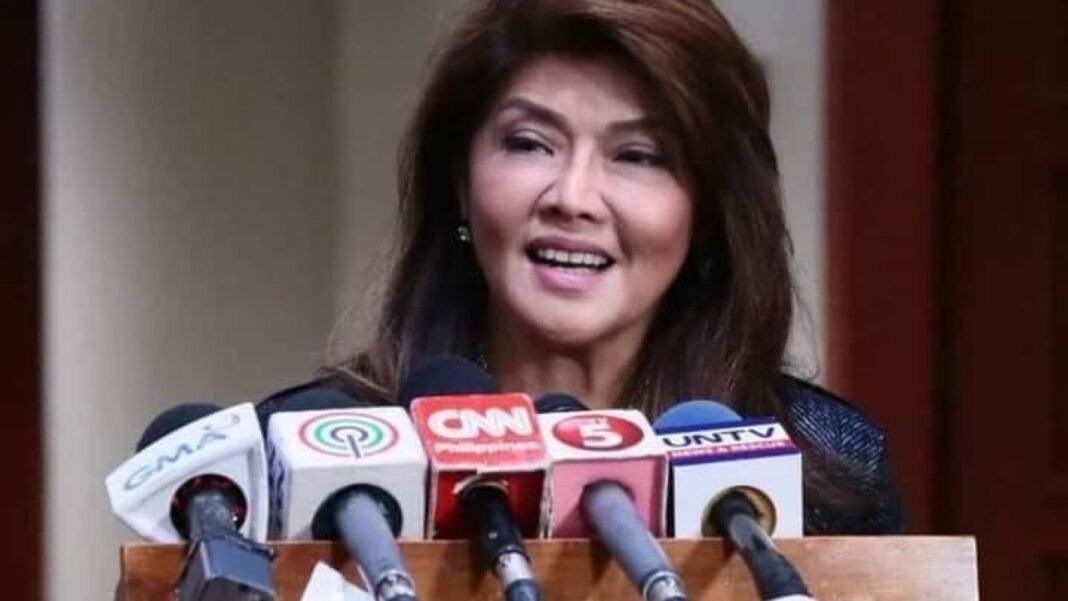 Some 23 million eligible voters are at risk of being disenfranchised in the May 2022 elections if a bill allowing vulnerable citizens to vote early is not passed soon, Senator Imee Marcos has warned.
Marcos, who chairs the Senate committee on electoral reforms and people’s participation, cited the country’s 2021 population statistics projection of some 9.8 million senior citizens, 9.2 million indigenous peoples (IPs), 2.2 million pregnant women, and 1.7 million recorded persons with disability (PWDs) that the Commission on Elections (Comelec) must provide with alternative arrangements to cast their votes.
“This is no small deprivation amid pandemic restrictions and fears that will affect the ability and willingness of these vulnerable groups to go out and vote. Not to mention the teachers, poll watchers, AFP and PNP personnel, and even members of the media who will be full-time at work on election day,” Marcos said.
Marcos has proposed to expand Senate Bill 1104 which she filed in 2019, to now include more groups eligible for early voting.
Marcos stressed that the Comelec is pressed for time to adopt new election measures amid a pervading health crisis, including more accessible polling precincts for the elderly, pregnant, and disabled; transportation for IPs living in remote mountainous areas;  and new outdoor voting venues that comply with pandemic-related restrictions.
“Preserving health and safety calls for alternatives to the usual cramped classrooms. We can prevent the spread of infection by using stadiums, auditoriums, multi-purpose halls, even covered elevated parking lots in malls,” Marcos said.
“So many issues need to be resolved by Comelec less than six months to the filing of candidacy in October. Let’s provide the budget to put the necessary measures and manpower in place, and soon,” Marcos said, citing that the work shift of teachers alone may need to be doubled.
If Marcos’s bill is approved, voters eligible for early voting can cast their ballots two to 30 calendar days before the election date set for the general public.
Marcos also said that mail-in voting should be piloted even on a small scale, since the Philippine Postal Corporation has said it can do so with the recent upgrade of its computer system.
- Advertisement (300x250) -