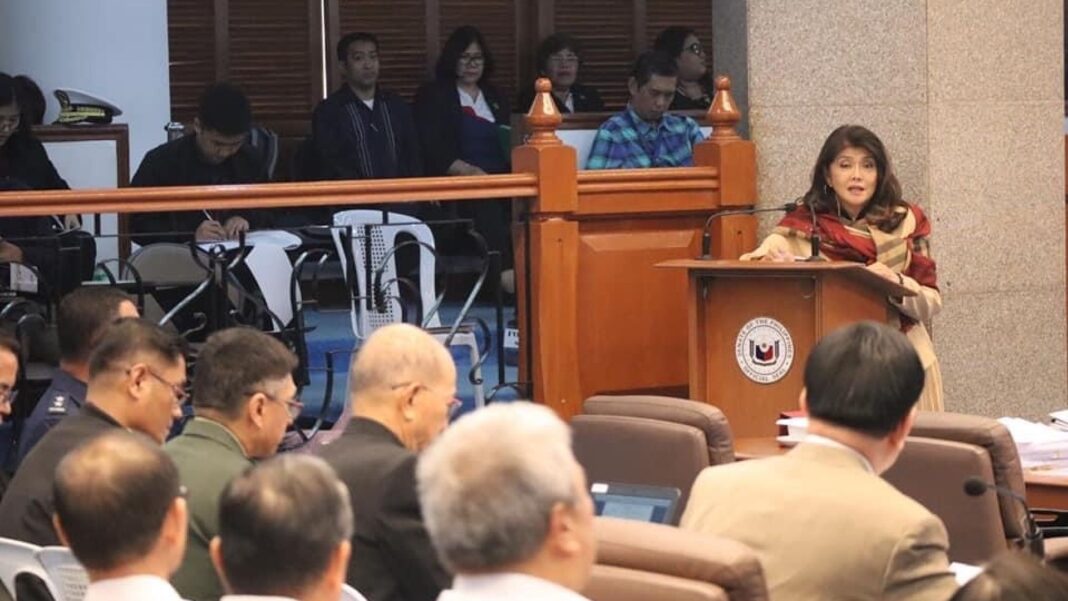 Senator Imee Marcos has urged the country’s economic managers to consider auctioning pork imports to ensure their transparent allocation among traders when the increase in the minimum access volume (MAV) of pork is finally decided.
Marcos, who chairs the Senate committee on economic affairs, said the public auction of pork imports will help dispel suspicion that the impending increase in the MAV would only result in the issuance of import permits to favored meat traders who wanted to take advantage of a supply shortage while African swine fever (ASF) continued to afflict local hog raisers.
“Auctioning pork imports will add a measure of transparency and accountability that can discourage rent-seekers. Government will even  derive additional revenue from issuing these import permits,” Marcos asserted.
Marcos added that the Philippines can ensure its obligations to the World Trade Organization are met by crafting “very well-delineated auction IRR (implementing rules and regulations), so that the de facto duty does not exceed the bound rate.”
The executive and legislative branches of government have decided to strike a compromise on MAV and tariff levels but are expected to drive a hard bargain, after last week’s hearing of the Committee of the Whole.
“The truth is we are at an awful impasse. May the Holy Spirit descend upon us all and inspire a solution!” Marcos said, maintaining that an excessive increase in pork imports would kill the local swine industry before the ASF crisis could be resolved.
Marcos cited the “great disparity” in computations of lawmakers and government agencies, herself proposing to increase the MAV only in the fourth month after pork tariffs have been lowered to not less than 10% and 20% for imports inside and outside the MAV.
Based on consultations with local hog raisers, Marcos added that the MAV should be increased to only 150,000 MT in the fourth to 12th month after the increase in MAV and reduction in tariffs are impemented, then reach a maximum of only 204,000 MT a year after.
- Advertisement (300x250) -