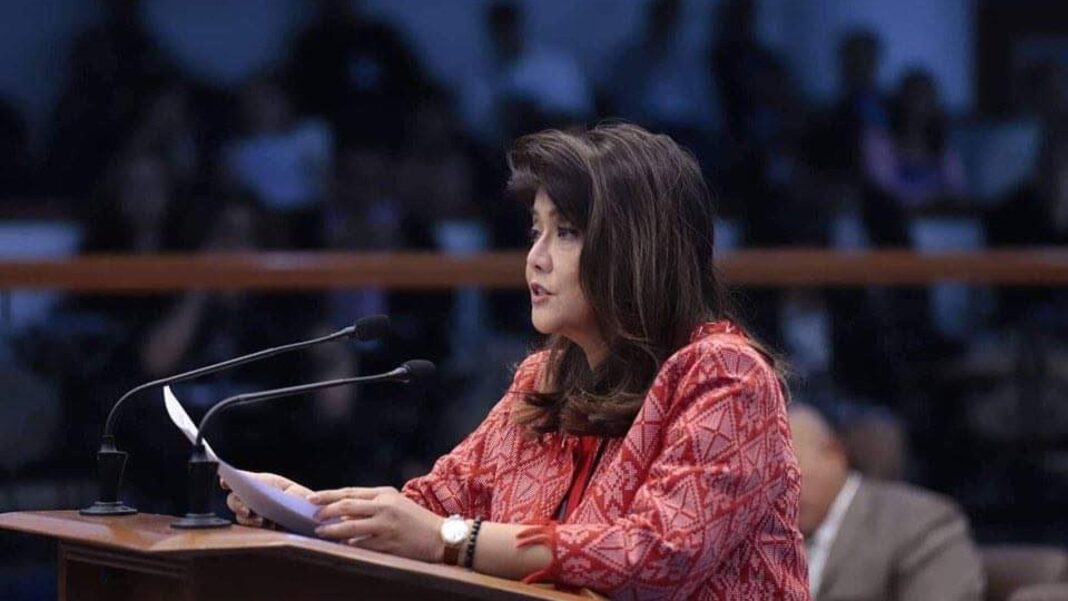 Senator Imee Marcos has called on President Duterte to assure that Medal of Valor benefits due the families of 44 Special Action Force (SAF) commandos killed in the 2015 Mamasapano tragedy are being delivered, after he conferred the highest military honor almost three years ago.
Today marks the sixth year since their deaths in a “reckless police operation” to capture terrorist Zulkifli bin Hir alias Marwan in Maguindanao province’s remote municipality, Marcos recalled.
“Patuloy ang hinanakit ng mga pamilya ng magigiting na SAF 44 na naghihintay pa rin ng hustisya at ng atrasadong tulong pinansyal sa pang-hanapbuhay at sa edukasyon ng mga naiwang anak,” Marcos said.
(The bitterness continues for the families of the brave men of SAF 44 that are still waiting for justice and delayed financial aid for their livelihood and education of the orphaned children.)
“Napakapersonal ng isyung ito sa akin dahil marami sa SAF 44 ay mga taga-Norte at mga IP (indigenous peoples),” Marcos, who chairs the Senate committee on cultural communities, added.
(The issue is very personal to me because many of the SAF 44 are from the North and belong to indigenous communities.)
Philippine National Police (PNP) spokesperson Ildebrandi Usana assured the senator’s office on Monday that police officials will follow up on the Medal of Valor benefits due the SAF 44 families.
The benefits include a monthly gratuity that has been raised from Php20,000 to Php75,000, free education and medical services for dependents, priority in various government programs, and discounts from various establishments and on travel.
The Mamasapano tragedy became a highly emotional issue when the media revealed that former president Benigno Aquino III had not only authorized a suspended national police chief to plan the capture of terrorists in rebel territory but also did nothing to extricate the SAF 44 even hours after they made repeated calls for help.
“Pinabayaang mamatay ang SAF 44 na tila mga tao-tao lang sa video game,” Marcos said.
(The SAF 44 were left to die like mere characters in a video game.)
The issue escalated further after video footage spread on social media showing the mutilated bodies of SAF commandos, all of whom were decimated by members of the Bangsamoro Islamic Freedom Fighters, Moro Islamic Liberation Front, and private armed groups that were protecting the terrorist target.
“Hindi na natin malalaman kung ano ang huling hiling ng bawat isang nasawi sa Mamasapano. Ngunit hindi natin dapat ilibing ang pagasa ng mga naulila na makamit ang hustisya,” Marcos said.
(We will never know the last wish of each one who died in Mamasapano. But we should not bury the bereaved families’ hope of gaining justice.)
Marcos urged Ombudsman Samuel Martires to take up a pending petition to reinvestigate the incident, and government agencies concerned to ensure that the promised financial assistance is completed.
Former President Aquino was cleared in 2017 of the charge of reckless imprudence resulting in homicide, but without prejudice to the filing of new charges.
Charges of graft and usurpation of official functions were filed against former PNP chief Alan Purisima and former SAF chief Getulio Napeñas Jr. but were dismissed by the Sandiganbayan last year.
- Advertisement (300x250) -