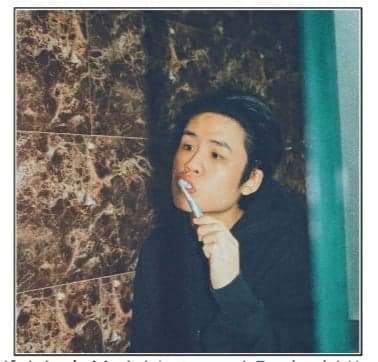 ‘dear me,’ is a 00’s Pop and R&B leaning ballad that spotlights our individual inclinations towards the relationship we have with ourselves. This is an exploration that sees self-reflection fray into the plural experience of talking to an inner self, accrediting feelings you’re not sure why you have. In the track, Bones converses with himself in the mirror, tugging with the war waged by the “boy that never left”.

The main themes percolating the track result from a note to self and rather inquisitive approach to mental health leading to self discovery. The song envisages the process of understanding repressive parts of us that have lingered since our not-so-great experiences of old. He asks “was it something you said, did you try to tell me”, seeking those elusive and yet intrusive saboteur emotions that have acted out in the past, urging a need for confronting them now. 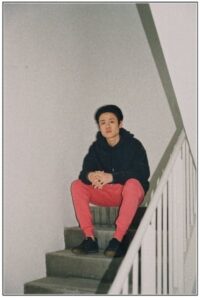 His reflective act of internal way finding is carried out with bold yet reclusive values, retaining the  introspective and insular poise necessary for this quiet moment.  It is this rewarding brand of insight that enables one to self-affirm and move on, closing the unsettling doors of the past.

‘dear me,’ is reminiscent of the anthemic songs that made you sing along to choruses of yesteryear, invoking the sonic stylings of both old and new school Pop. “This is a song written to myself. Really just a moment of reflection over the ups and downs in my life over the years and I wanted to encapsulate that into song. Sonically, I’ve been obsessed with the idea of blending a well-written ballad with hip-hop leaning sounds for a long time and I’ve finally achieved the perfect balance with this track”.

Born and raised in sunny Singapore, Joel Tan, who goes by his stage name Gentle Bones, is one of the city-state’s top English artists who has made waves across the globe. Since his #1 self-titled debut EP

“Gentle Bones” in 2014, the 25-year-old now has three albums under his belt and has taken his music to fans across Asia with live performances, selling out solo concerts and playing festivals across

Gentle Bones was the first Singaporean music act to be signed by Universal Music Group and was also the first youngest English music recording artist to achieve two sold-out concerts. In 2016, he earned himself a spot in the inaugural Forbes ‘30 under 30’ list for entertainment personalities.

Gentle Bones also boasts a range of notable songs that topped the charts, including Until We Die, Settle Down and Geniuses & Thieves. His latest EP Michelle, released in October of 2018, is his most streamed EP to date featuring its title track, I Wouldn’t Know Any Better Than You, which has amassed more than 20 million streams on Spotify alone a year after its release.

I Wouldn’t Know Any Better Than You earned him a spot in Spotify’s Top 5 Most Streamed Singapore artists in 2019 amongst his peers namely, JJ Lin, Jasmine Sokko, Tanya Chua & Stephanie Sun. On his latest track 你還不知道? released in August 2020, Gentle Bones collaborates with singer-songwriter Tay Kewei on a mando-pop ballad that has since become a hit on numerous playlists such as Top Hits Taiwan and Top Hits Singapore, additionally earning him a spot amongst the Y.E.S. 93.3FM’s Top 20 charts.

The now independent Gentle Bones is effectively regarded as a bilingual artist having successfully made the crossover from English to Madarin tracks, effortlessly blurring the lines of language to convey his story.