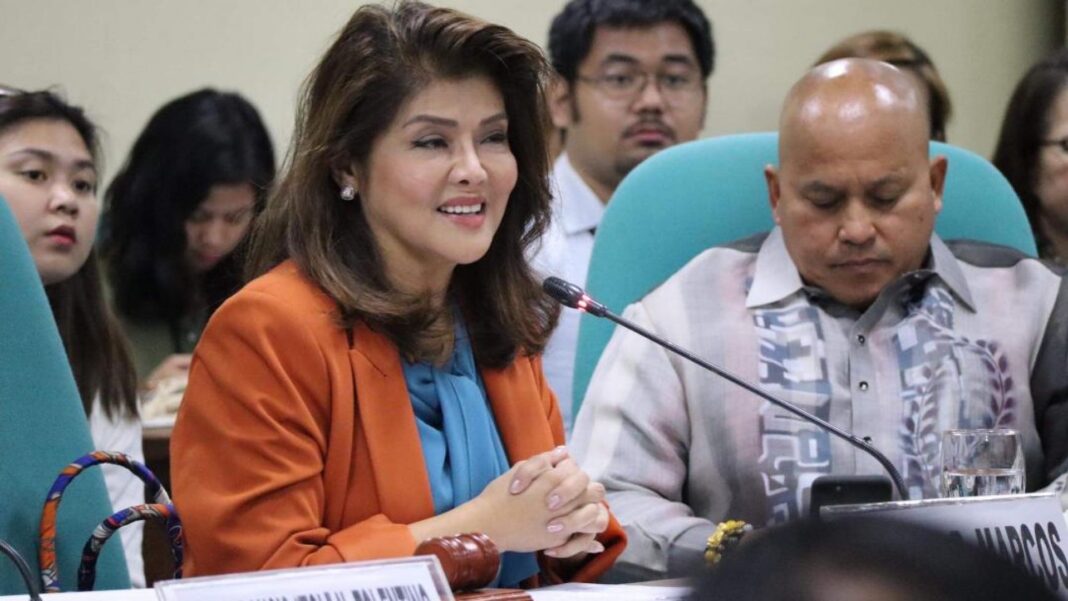 Share Tweet
EARLY VOTING LAW TO SUPPORT VACCINATION ROLL-OUT
Senator Imee Marcos has called for the swift passage of a law on early voting to complement the government’s mass vaccination program and ensure the smooth and safe conduct of national elections next year.
Marcos, who chairs the Senate committee on electoral reforms and people’s participation, said the roll-out of vaccines alone is “no guarantee that the 2022 elections would not become a multiple, super-spreader event.”
“Planning for elections has become more complicated due to the pandemic. As our committee report shall be completed shortly, may I  urge President Duterte to certify the urgency of passing an early voting law and make a smooth and safe transition of leadership part of his legacy,” Marcos said.
“The delay in passing such a law denies the Commission on Elections (Comelec) ample time to plan pandemic-related measures and fix a proper budget to put them in place,” Marcos explained.
“Run-throughs may be needed. Haphazard preparations and resulting voter confusion will undermine the legitimacy of the elections,” the senator added.
Marcos filed Senate Bill 1104 in October last year to allow early voting for senior citizens and persons with disabilities (PWDs) but said she intends to include health workers, military and police personnel, poll watchers, and the media when the bill is taken up in the Senate.
“Expanding the list of groups eligible for early voting will reduce crowding on election day and further mitigate the health risks in next year’s polls,” Marcos explained.
“Moreover, new voting precincts that will accommodate fewer people will need to be created and new voting venues identified, to comply with social distancing and other safety protocols,” the senator added.
Arrangements for about 400,000 Filipino seafarers as well as voters returning to the provinces amid the differing quarantine protocols of local government units will also need to be settled, she also said.
Marcos expressed optimism that the “sluggish registration of new voters” would also improve before the September deadline, if a law for early voting is passed.
In 2019, the Philippine Statistics Authority recorded more than eight  million senior citizens and PWDs who chose not to cast their votes than flock to polling precincts with the general public.
- Advertisement (300x250) -