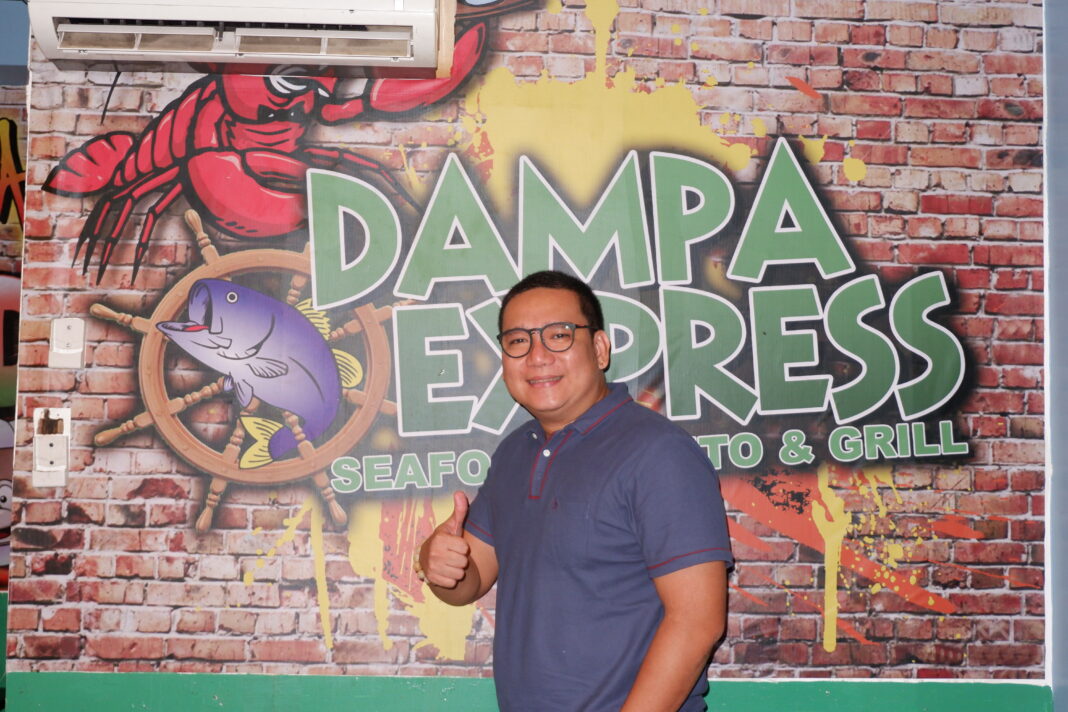 Dampa Express continues to live up to its name as your go-to place for affordable, fast, and convenient seafood a la carte treats even during and despite the pandemic!

“Our strength is that we’ve tried to do away with all the inconveniences and complications of most seafood restaurants,” owner Dampa King Simon Lim, Jr, explained. “We’ve dared to go against the trend of posh high-brow exclusivity.

“Our outlets are not fancy restaurants, so people feel welcome and comfortable, but they’re air-conditioned. And, we have an enclosed videoke room for small family gatherings, like birthdays and baptismal celebrations.” 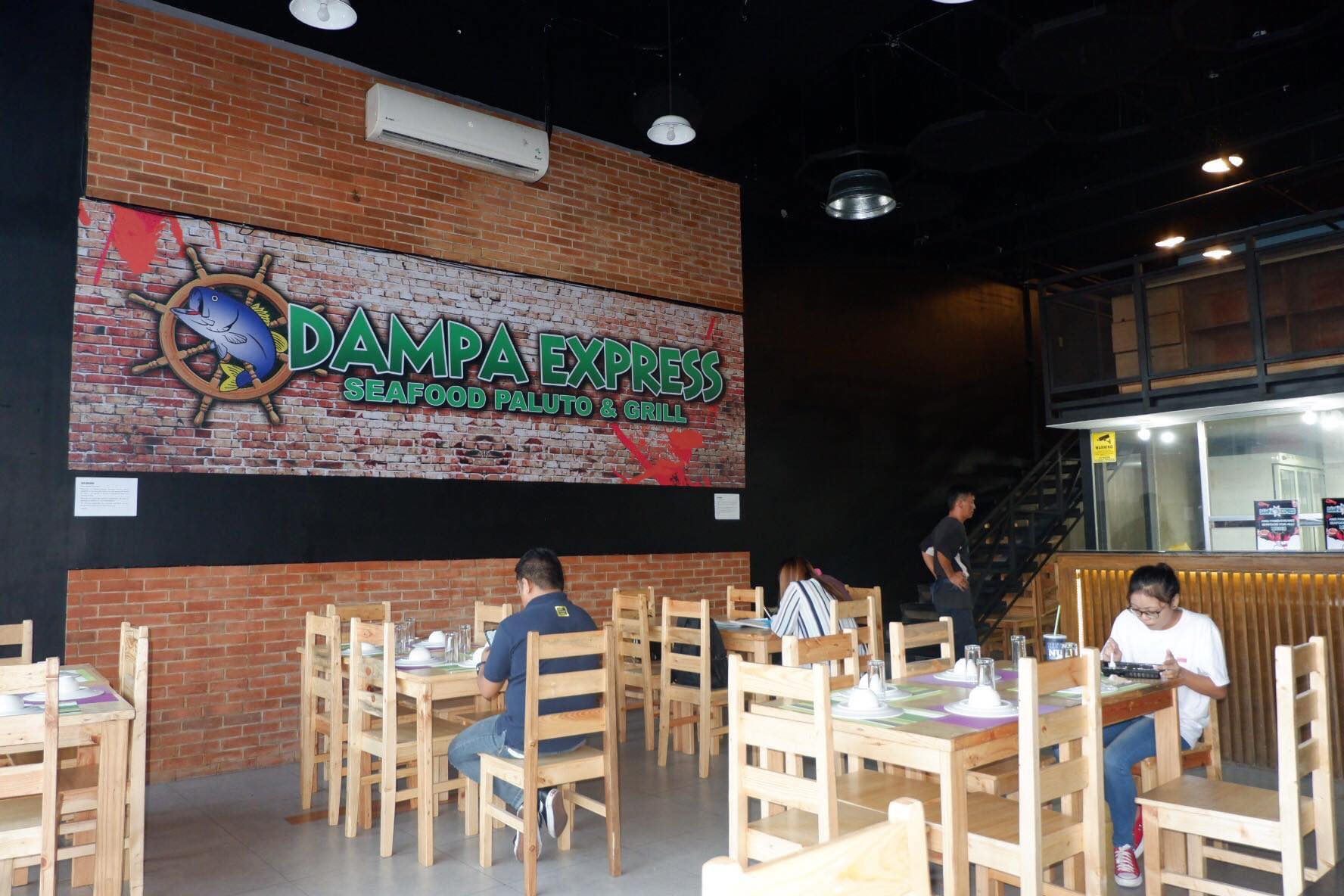 “Customers do not have to spend too much money on live seafood, worry about picking the right shellfish or getting the weight of crabs for your family, and wait a long time for your orders to be cooked.”

All customers need to do is visit one of their going on 30 branches, including those that are soon to open, and order from an exciting menu of family-sized seafood sets.

If they’re afraid to go out or travel—or are worried of catching COVID-19 in wet markets for fresh seafood to cook at home—they can simply dial Dampa Express’ hotline or message them for home deliveries! 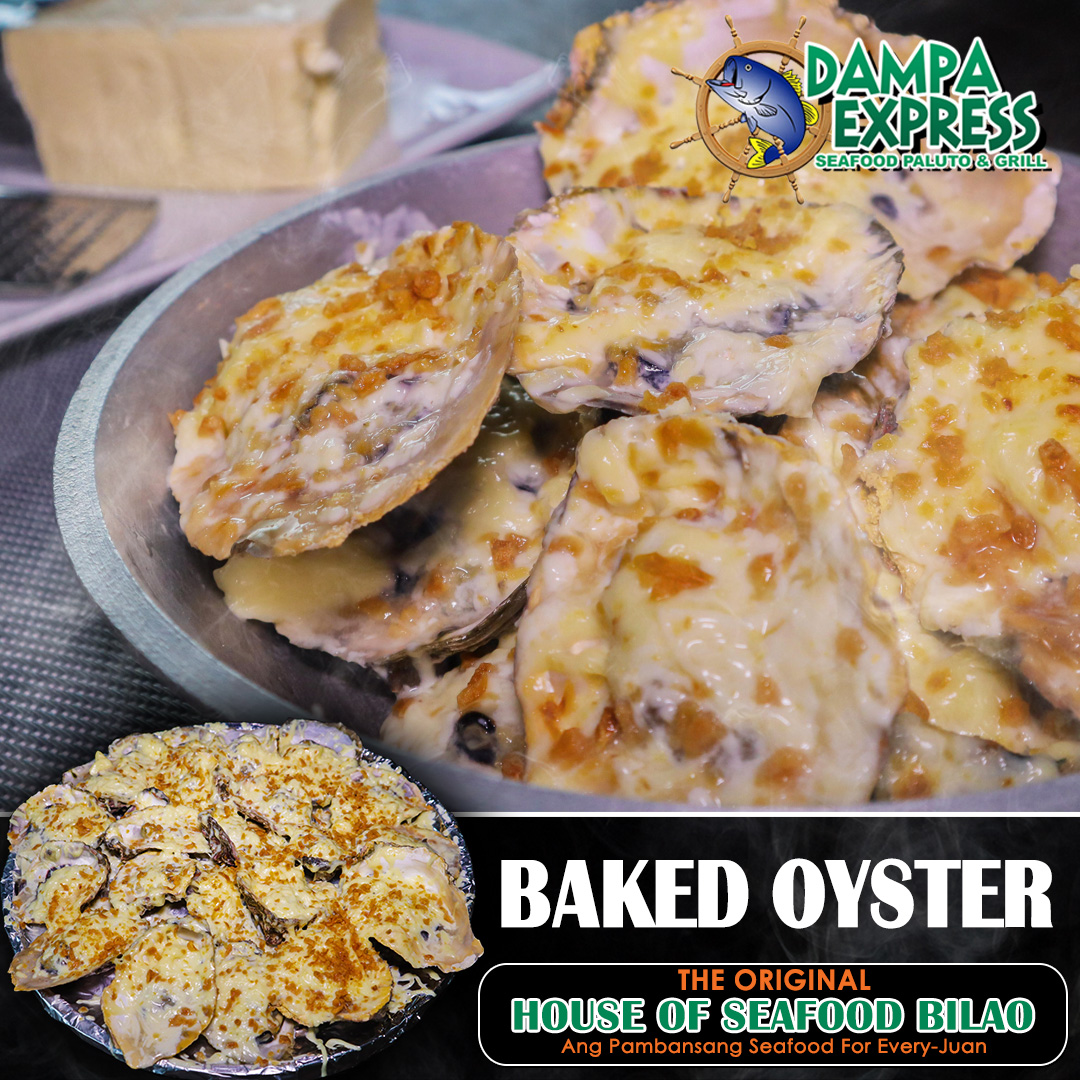 “We want customers to feel comfortable. So, we advise them to make reservations if they plan to dine in on Fridays and Sundays because they might not find enough seats if they walk-in.”

However, note that Dampa Express meals are priced and prepared for families. It’s known as the original house of seafood bilaos. “We have no solo meals and we do not compete with fast food outlets. We aren’t a fancy restaurant but we’ve intentionally veered away with fast food value meals and rice toppings.”

Banking on Seafood Being Pandemic-Proof

“What we have are bilao [large women tray] sets that at P1,100 is more than a bargain for 3 to 4 people!” shared the Dampa King. “And you can upsize that to a killer bilao, our top of the line bestseller, except for sauce-based dishes.” 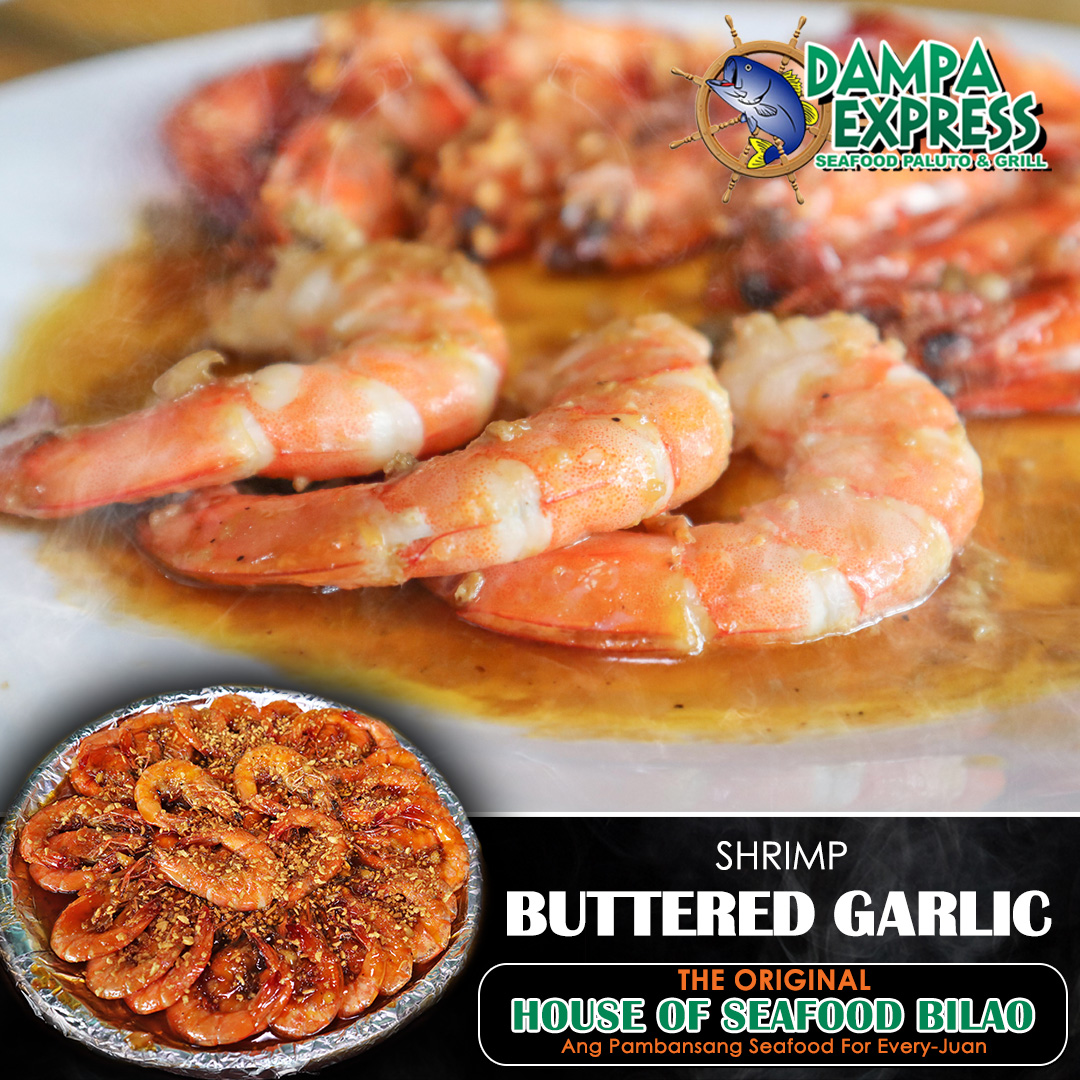 “A lawyer friend ordered crabs and for lack of a better packaging for the crabs, had it delivered in a large woven tray. He took a picture of the generous serving and posted it on social media.” The post generated a lot of likes and bombarded him with inquiries, “so we started using that packaging to represent our brand.”

Now, alimango sa bilao gets from 50 to 100 orders on an ordinary day to 200-250 orders on special occasions like Mother’s Day, on holidays and during the Christmas season December, ringing in a total of P300K at its peak

“If you’re curious what makes our cooking tick, there’s really no secret to it. We just cook seafood the dampa [cottage] style, plus we don’t stock. What’s delivered today will be out by end of the day. So, everything is as fresh as they can get.”

“The only thing we don’t have readily available are lobsters but these can be pre-ordered,” reveals the Dampa King.

“I thought I’d lose everything during the pandemic, but to my surprise sales grew exponentially with greater demand for deliveries,” confessed the Dampa King. “It turned out that seafood is pandemic proof!”

“We’ve survived with group service, offering a lot of variations—we have shrimp in eight variations, and banking on seasonal demands. In January, for instance, when people are dieting meat dishes are on a low, so our tuna sales go up!” he explained. 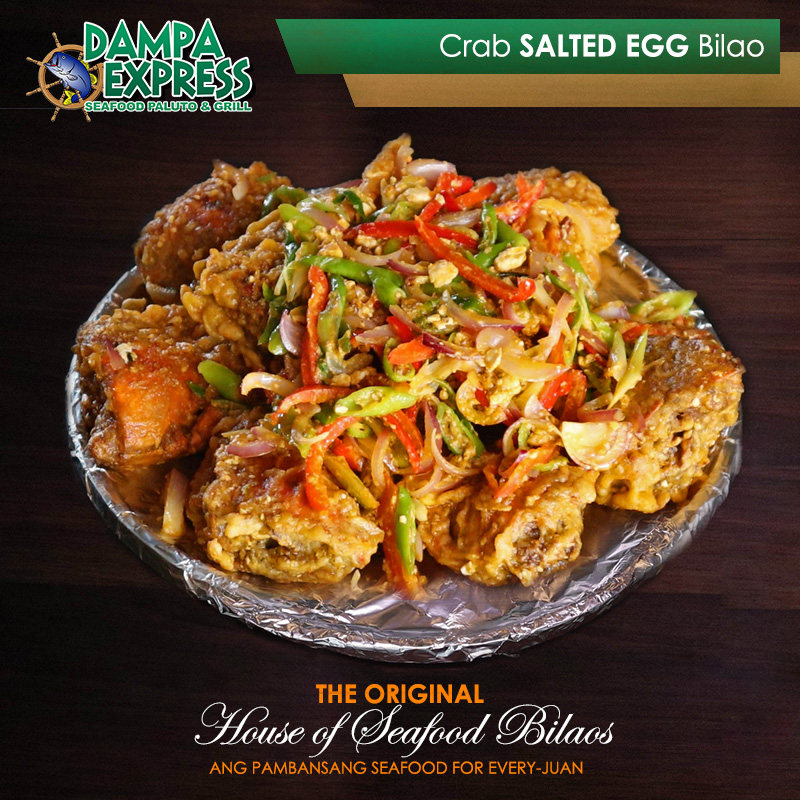 He acknowledges a great deal of this success on efficient and early deliveries, too. Just what the sensitive nature of seafood dishes need and for this, he says, “Grab is a real gamechanger!”

With only the Greenhills branch closing shop for reasons not related to the lockdown, the restaurant chain had to let go of 100 people overall given that branches had to temporarily suspend operations.

“I’m confident, however, that looking for new cooks and staff wouldn’t be hard because we offer more than the P160 per day and 1 free meal that other paluto [cooked to order] outlets give.”

Thus, Dampa Express continues to operate on 300 employees who receive the minimum wage plus all the government-mandated benefits they deserve as food service workers.

“Despite the ECQ resulting in only half of our staff coming in to work, we just held on to the motto that as long as there are orders and people want seafood, we don’t stop,” avers the Dampa King.

Expanding after A Surprising Demand

Dampa Express wasn’t a childhood dream or a dream that took to long on the planning table. In fact, it was just a business enterprise that a Gold’s Gym marketing consultant, who rose up the ranks to vice president, got interested in.

“I only wanted one restaurant for my wife, but fate had a different plan for me,” he remembers thinking along the lines of Gerry’s Grill or JT’s Manukan. They opened their first branch at Xavierville in Quezon City, before moving to a bigger location on Kamias Road, just a few hundred meters away. 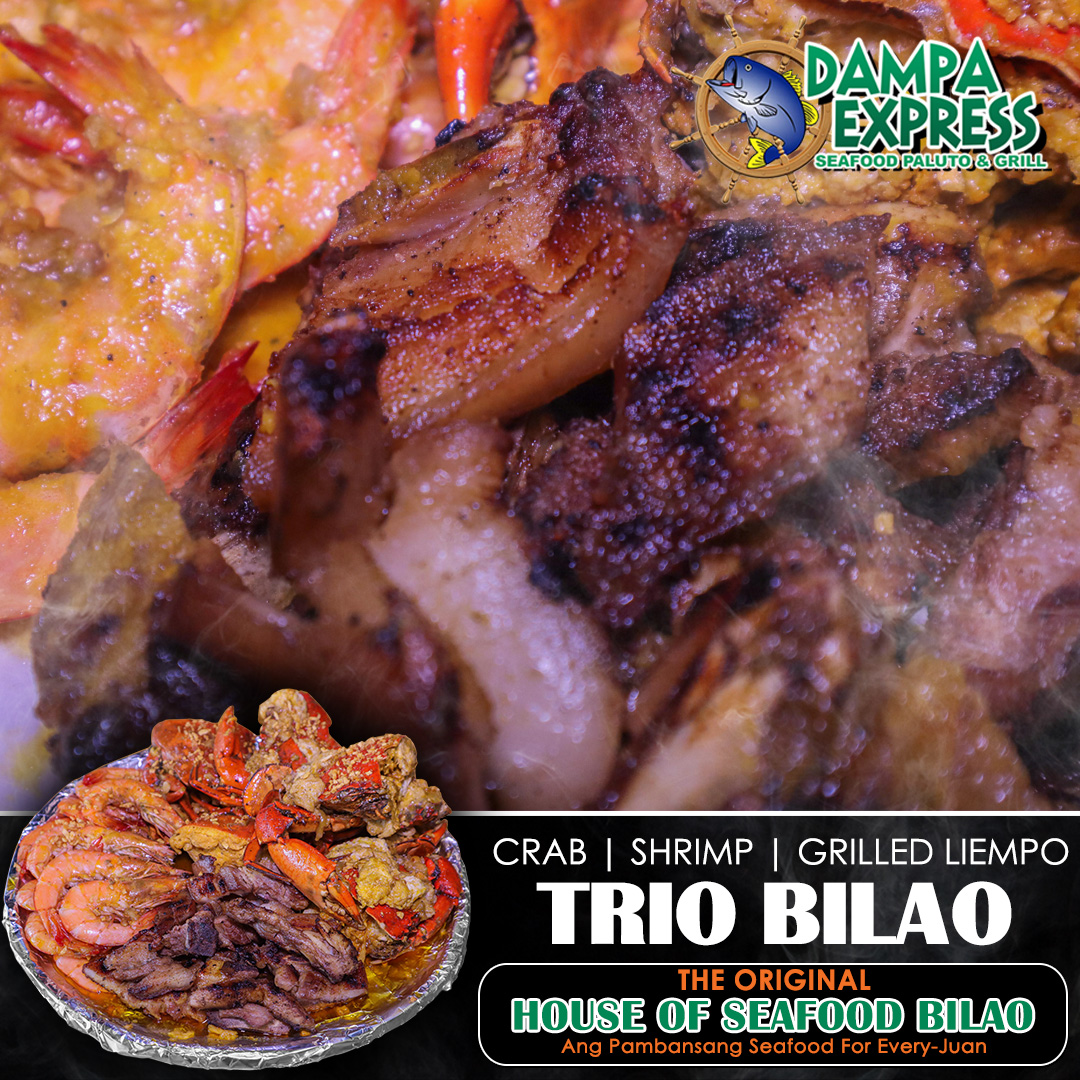 “When we opened one branch, people really welcomed the idea that soon, everyone wanted a branch near their place—it was totally unexpected!” He nearly closed a deal with a Singapore-based restaurant operator before COVID-19 came.

“The demand keeps on growing so much so that one prospect even offered an exorbitant amount that was really hard to refuse just to buy the name, but I thought it’s too early for that. Another one from Dubai wanted to get the full rights to put up branches in the UAE, which I declined,” narrates the Dampa King.

Now, this phenomenal brainchild of Simon Lim, Jr, and his best friend Ronald Iledan, is going on 30 branches, of which 10 are provincial franchises and 10 are company-owned.

To date, Dampa Express serves around 2,000 customers daily in all their branches combined. “From the fruit of our labors, we’re able to open a private resort in Pampanga, with a giant crab image as tribute to our success: katas ng alimango [the fruit of selling crabs].”

Holding the Title of Dampa King

“We make the biggest order for crabs in this part of the world. At one time, our orders reached P10.5M worth of crabs!”

This unprecedented success as an innovative seafood restaurant that pioneered “affordability, accessibility, and accelerated service” in the Philippines has earned Simon Lim, Jr, the title of Dampa King.

“The irony here is, I don’t cook and neither do I eat crabs,” he admitted. “I’ve been called Mr Alimango, Mr Dampa, Crab King, or Dampa King because I’ve successfully brought Dampa Express to communities and expanded on the dampa concept.” 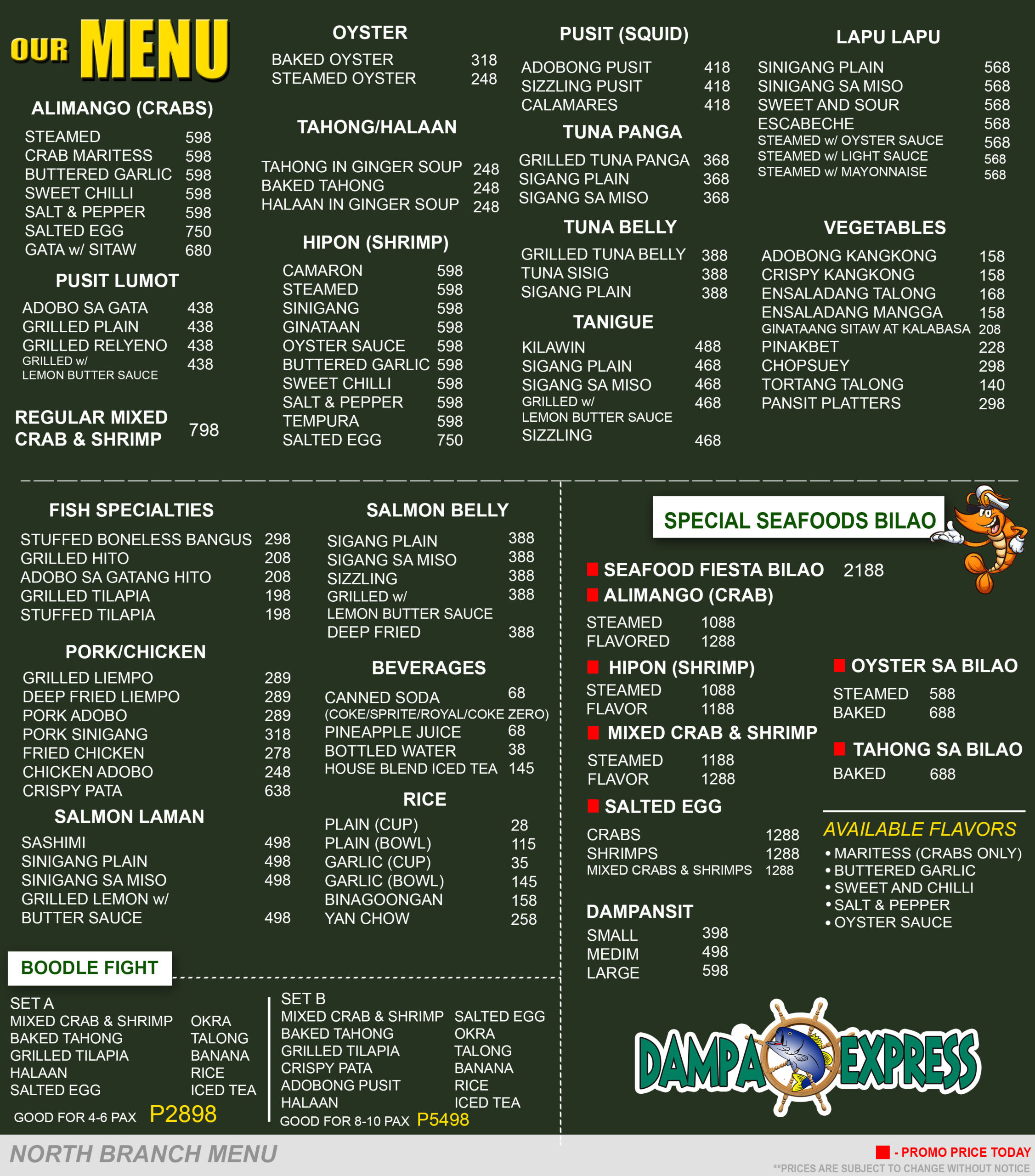 The Dampa King’s success goes beyond the marriage of luck and business acumen—a feat that the media has praised for achieving the perfect balance in maintaining a day job as a gym employee and growing a business—to his earnest desire to help his staff and acquaintances grow with the business and to always buy local.

“I make it a point to source everything we use and serve from fellow Filipinos. For instance, all our itlog na maalat [salted duck’s egg] and bilao are from Pampanga. We’re 100% Pinoy to give back to the community.”

He still buys all of his vegetables from the ambulant vegetable vendor peddling on their street. “He used to go about pushing a cart then when he started supplying all Dampa Express branches, he was able to buy a pedicab and now, he’s driving a car!”

Dampa Express is now accepting franchise and partnership applications nationwide and for overseas as well. For the full menu, reservation, delivery and more information, please call 0917 5311703 or +632 79441036 or visit @dampaexpress.official on Instagram and Dampa Express on Facebook.