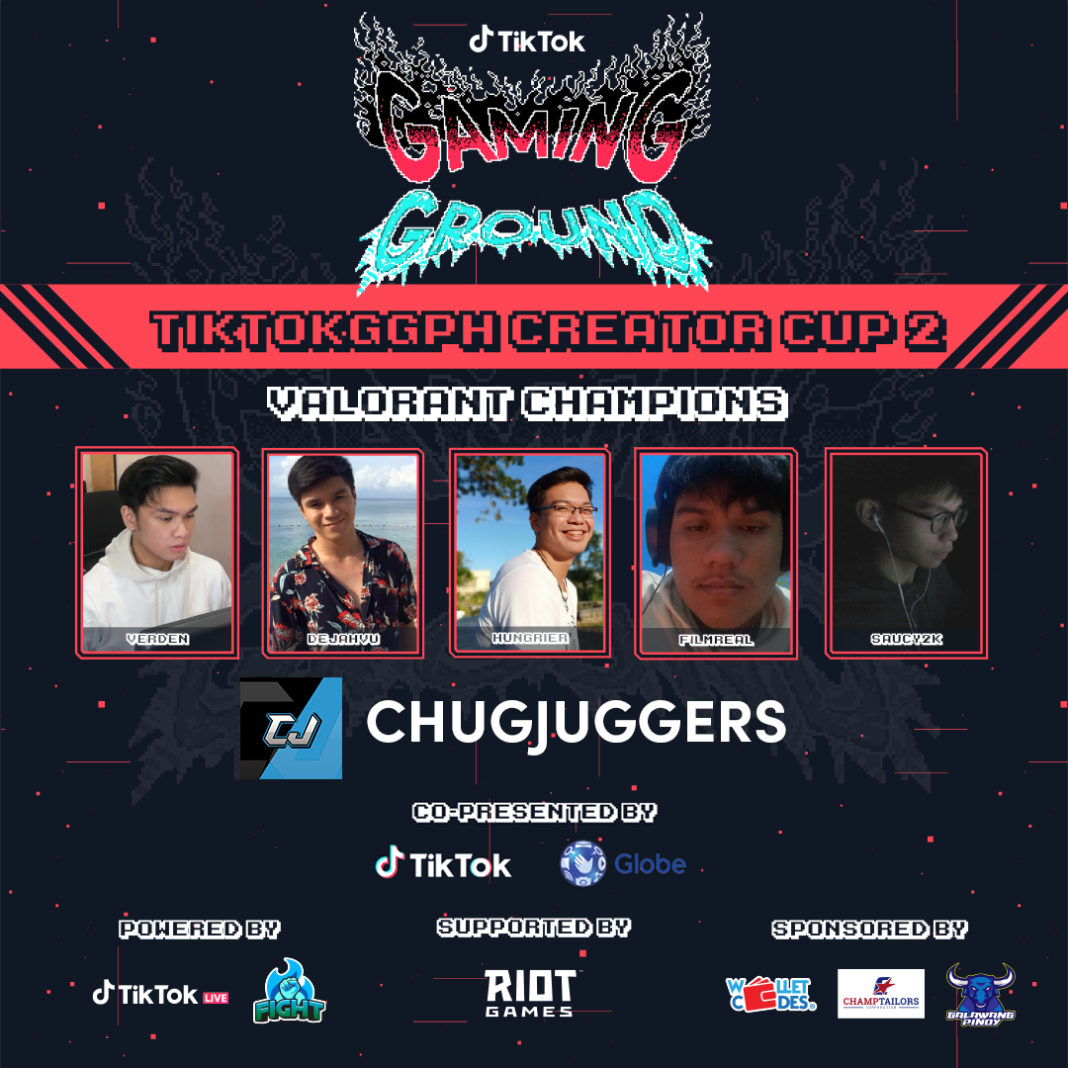 Hosted in partnership with  FIGHT Esports, co-presented by Globe, supported by Riot Games, and sponsored by Wallet Codes, ChampTailors, and Galawang Pinoy, TikTok’s #GGPHCreatorCup2 was played over two days, from April 27 to 28, 2021. The game was set within Valorant, a popular first-person shooter game by Riot Games, and was streamed live on the @TikTokGGPHPOfficial account.

TikTok has recently established itself as a new home for gamers online, with tournaments such as Creator Cup helping to grow and solidify the community. The constant addition of rich and relevant gaming content helps add diversity to the platform as well. On TikTok, people can become a part of online communities that they wish to belong to, across varying interests, including gaming. Through this, the platform is able to continue bringing joy and inspiring creativity among all of its users.

Want to be part of the awesome gaming community on TikTok? Download the app on your iOS and Android devices today to get started.