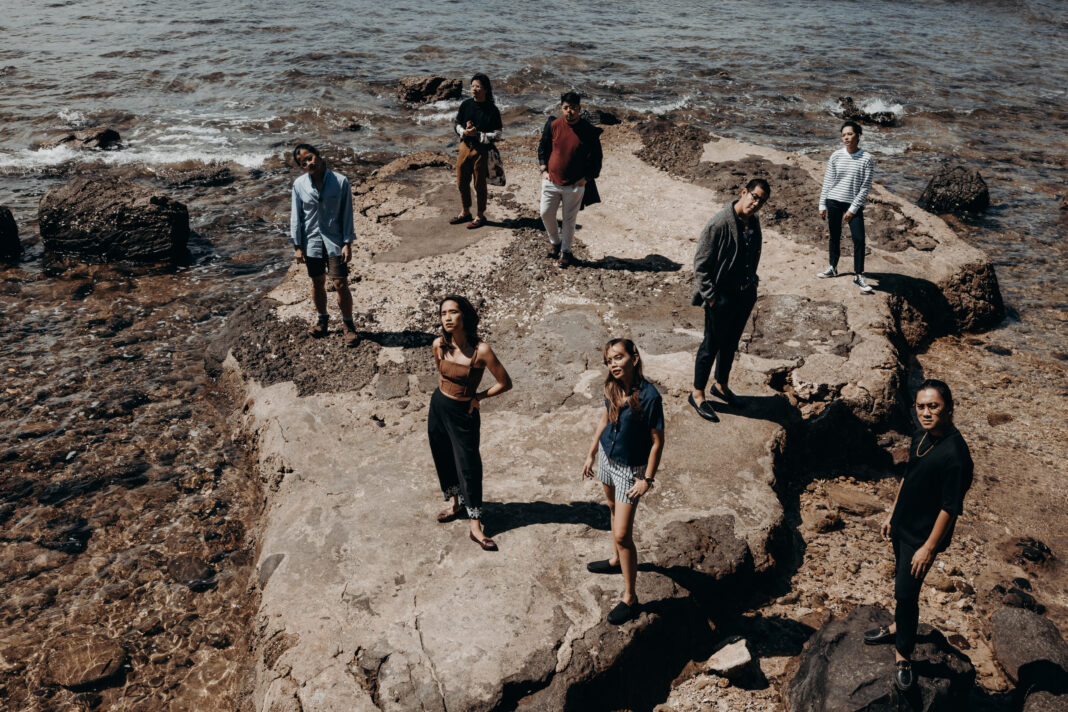 Inspired by recent events surrounding the band’s lives, their latest song encourages listeners and music fans to live in the moment freely and truthfully without the need to succumb to expectations.

Ushering into a reinvigorating sense of calm, the empowering track ascends to a place where love can be inevitably beautiful even in its simple, unassuming terms. It was written by Paolo Benjamin (lead vocals and acoustic guitars) during a random afternoon run by the beach near the place where Ben&Ben live—coming into fruition after a solitary moment spent with nature and the spiritual force above him. Paolo reflects, “Inevitable is a song that tries to describe the nature of fate, and how all our actions somehow lead us to some better place that is destined for us. It’s also a song about being real with someone, and that no matter how scary that may seem at times, there is freedom in bearing your truest nature with someone dear to you, even if that someone is yourself.”

Production-wise, Ben&Ben retain the sonic hallmarks of their prior releases, while employing ultimately rewarding experiments in texture and tone. Its ‘world music-meets-acid jazz’ sound displays the band’s newfound musical direction, melding sporadic bursts of colors with their otherworldly approach. Thanks to the song’s eclectic blend of sitar-sounding riffs, propellent rhythms, jazzy chords, and ethereal arrangements, the nine-piece band ventures beyond the confines of their radio-ready sound without alienating the distinct pop sensibilities that made their songs a streaming and crossover hit in the Philippines, and elsewhere in Asia.

“The songwriting in itself presents a concept of the state that is both a surreal mystery and a peaceful certainty, so we wanted to create an aural representation of what these lyrics felt like,” Miguel Benjamin (lead vocals and acoustic guitars) reveals in a statement. “Our process started with a mix of acoustic guitars, which I tweaked with sitar effects as the main intro riff; kind of like a representation of the two contrasting feelings working together. We then built everything around this contrasting union with Jam’s drums and Agnes’ bass carrying the steady base of the song, and then Pat’s piano, Poch’s electric guitar and pads, Keifer’s violin, Andrew and Toni’s percussions; Andrew, Miguel, Poch, and Toni’s backing vocals, and some ambient sounds.”

Unlike their usual process where the members of the band jam their song a few times before recording the material, “Inevitable” was born out of a shift in production perspective. “With this song however, we decided to record a demo individually then went to record our parts a few days after without knowing how the song would sound like in the end,” Poch Barretto (lead guitar, backing vocals) said. “During the time we were creating the song, one of our bandmates, Toni, was also recovering from a major surgery and had to record her parts from home. Thankfully she was able to send her parts on time with the help of our producer.”

Despite the several challenges during its recording phase, “Inevitable” ended up reaping significant attention before its actual release. The song eventually made it as the official theme of Smart Communications’ newest commercial ad featuring Hyun Bin and Son Ye Jin—stars of the highly acclaimed and popular Korean drama, Crash Landing on You. Patricia Lasaten shares, “Many of us are mega fans of the CLOY couple, so this is definitely a dream collaboration with Smart. We can’t help but be kilig and at the same time wish that our co-fans who would hear the song would also connect it with the evolving story of Hyun Bin and Son Ye Jin. It’s also our gift to the fans, and to the couple as well. We’d like to thank Smart for this amazing opportunity.”

Ben&Ben’s “Inevitable” is out now all digital music platforms worldwide via Sony Music.