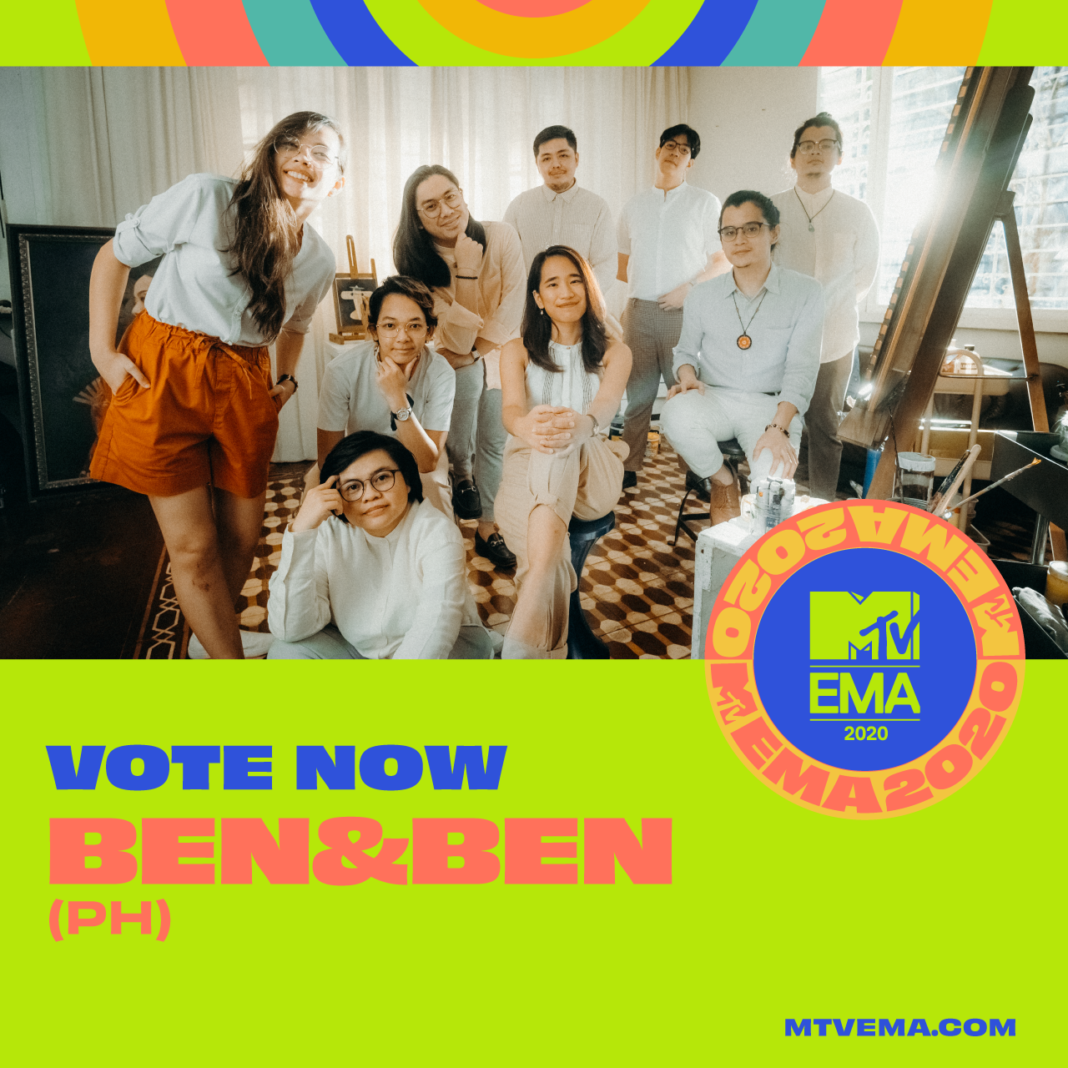 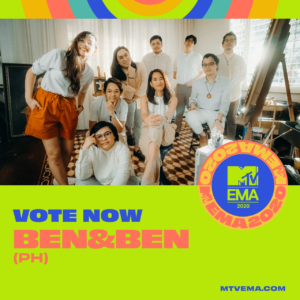 The official announcement enlisted the critically acclaimed collective as a nominee for Best Southeast Asian Act—a special category that aims to recognize the region’s finest.

According to percussionist Andrew de Pano, the group wasn’t really sure of what to feel after receiving the news, but felt grateful to be part of this year’s selection. “Being nominated feels like such a huge honor, so we have nothing but gratitude to all the people who helped us get here,” Miguel says in a statement. “We all grew up seeing all our favorite artists get nominated for MTV awards, so to actually be in this same position feels nothing short of surreal.”

Ben&Ben vocalist and guitarist Paolo Benjamin also expressed gratitude to everyone who supported the band. “We’ve always worked towards a collective goal to play music that speaks to and of the heart and soul of the Filipino. In our humble yet exciting journey of sharing our musical stories to the world, we thank everyone for continuing to believe in us. We promise to continue giving our all in every single step.”

Aside from Ben&Ben, other music acts that were shortlisted in the same category from the previous years include Sarah Geronimo, James Reid, Nadine Lustre, IV of Spades and Moira Dela Torre.

The 27th edition of MTV EMA will be aired on November 8. Details on the performers, presenters and hosts will be announced soon.