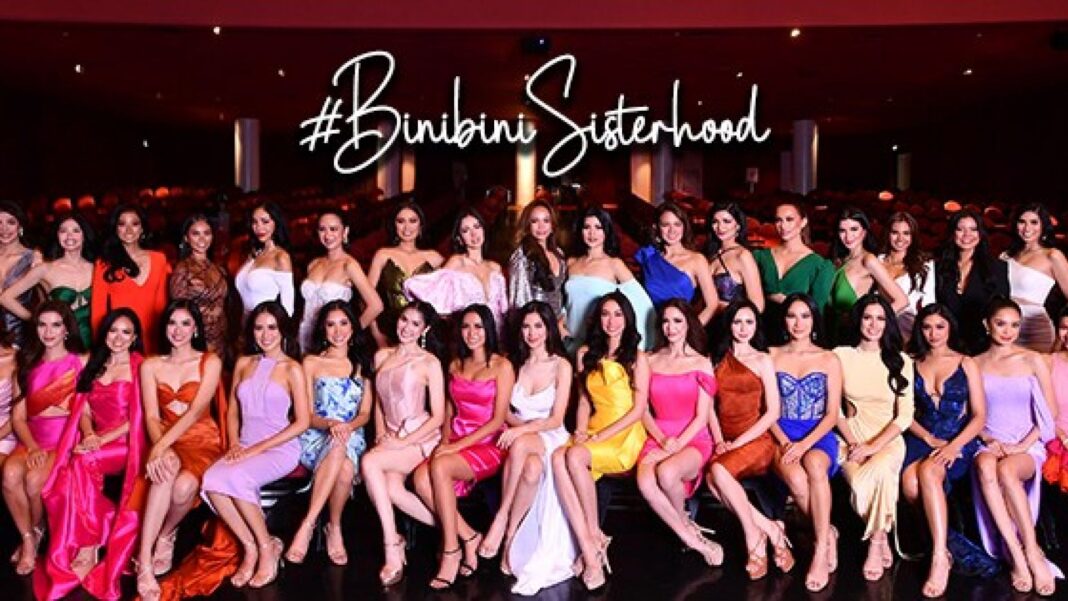 The power of sisterhood has always been alive and well throughout history, but the flames of female empowerment have been ignited even more so today, fanned by pageants that celebrate the beauty and fighting spirit of all women in different fields and various areas of life. For almost six decades, Bb. Pilipinas, the country’s top pageant, has endeavored to focus the spotlight on exceptional Filipinas, letting the world see their beauty and strength across the global stage.

And now just like it has done before, Bb. Pilipinas is once again raising Filipinas and enabling them to shine and show the whole world what Pinays are truly made of.

Forging the bonds of the #BinibiniSisterhood

The essence of sisterhood has always been defined as the solidarity of women fighting for the same cause to bring about a positive impact on the world. It has brought together countless women, making them a force to be reckoned with. Over time, women have become primary movers of our society, from political leaders and captains of industry to teachers and moms, women have made a difference in the lives of others, creating ripples of change wherever they go. Because they are linked by a purpose, they have become formidable as one – ready to take on the world with their burning desire for change.

Binibining Pilipinas wants to honor the bonds of sisterhood through this year’s theme: #BinibiniSisterhood.

Though not tied by blood, all of the 40 beautiful women participating in this year’s Binibining Pilipinas are linked together by their collective desire to inspire and spark change in today’s society, making them all sisters bound by duty.

Not only have the Binibinis become sisters through their collective passion for change, but they have also grown to create friendships during the course of the pageant, from their training to interviews, and even after the pageant has long ended.Through their shared experiences and goals, true friendships have bloomed and thrived among the Binibinis, creating a culture of solidarity as they embark on their separate journeys in different industries and walks of life.

This year, Bb. Pilipinas has brought together 40 smart, passionate, driven and intelligent Filipinas who are ready to wave the flag of the Philippines on a global scale. It is a shining testament to the legacy that celebrates all of Filipinas’ beauty, femininity and intellect.

“BPCI has always sought to empower all Filipinas through the Bb. Pilipinas pageant and also through our other initiatives and programs. We want to light a fire in everyone’s hearts, to push them to leave a positive mark on the world through their advocacies. This year, we want to build the ties of sisterhood to become stronger than ever before, encouraging all Filipinas to become bonded through their hearts and minds,” Gines Enriquez, BPCI Head said.

Bb. Pilipinas Charities, Inc. (BPCI) not only seeks to point the cameras at the beauty of the Filipina, but it also aims to inspire social change through various programs that the Binibinis advocate for. The organization has helped the entire world recognize Filipinas as smart and independent individuals that are deeply passionate for worthy causes.

Bb. Pilipinas has always been and always will be a vehicle for women empowerment. The time has come for women, Filipinas, in particular, to be seen for what they truly are: extraordinary women who stun the world for their beauty and enrich society with their great minds. All Filipinas are sisters. And they are unstoppable.