Cathy Casas, Blockchain & Application Programming Interface (API) Business Group Head, Union Bank of the Philippines (UnionBank) was a guest speaker at a recently concluded ConsenSys webinar. Her talk was about the growth of blockchain adoption and how the technology is providing more value to its users.

The rate at which blockchain is being adopted around the world may not be massive, according to Cathy, we aren’t quite there yet in terms of the grassroots and worldwide level of adoption, but it’s still moving faster than predicted, as a result of numerous catalysts these last two years.

“You’re seeing people shift careers and industries from wherever to blockchain, and we’ve seen how demand and interest not just increased, but have increased several fold especially during the past two years. At some point, we feel that merchants and payment service providers will also need to catch up soon, in response to this growing consumer demand,” Casas said. 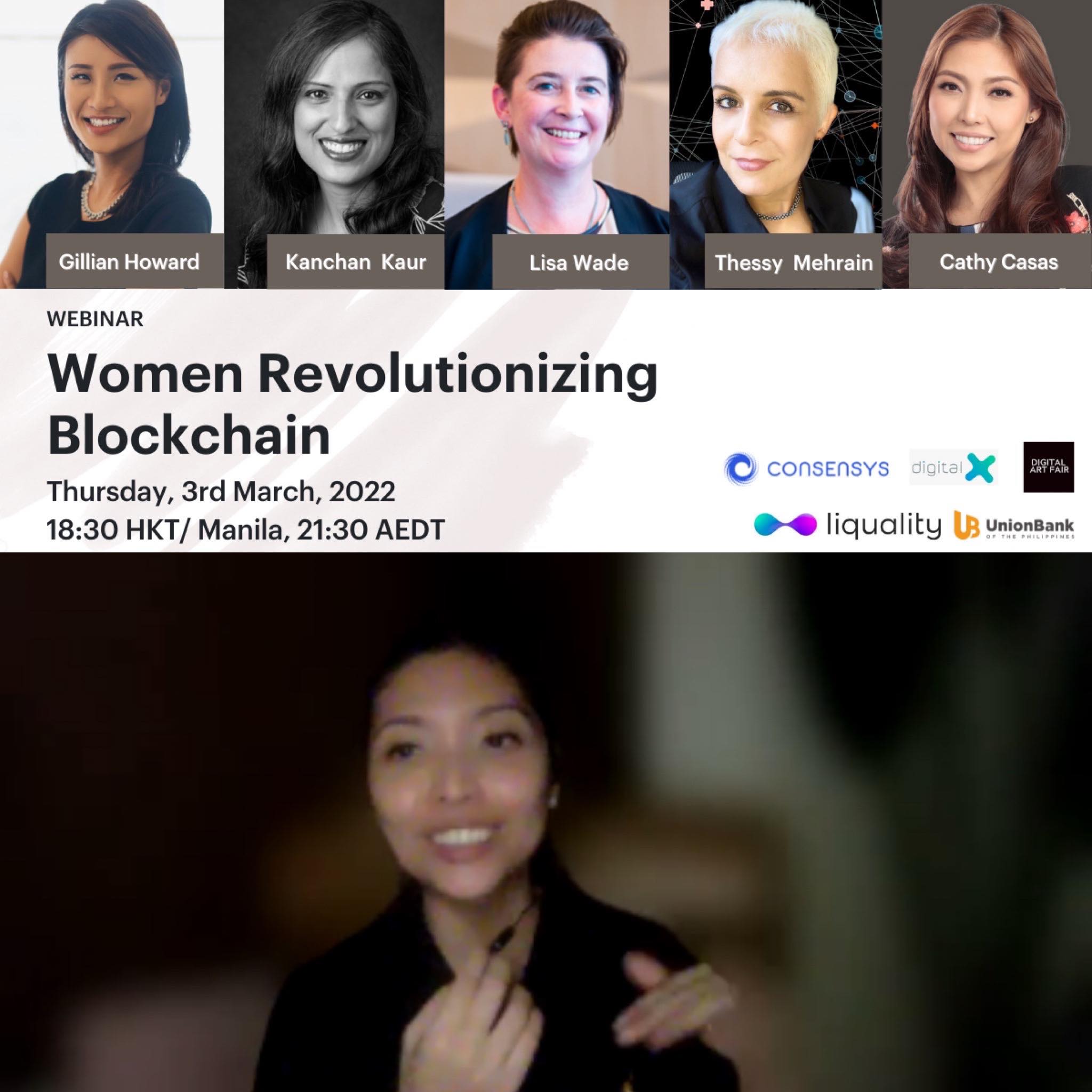 “Of course, you also have the likes of payment aggregators, such as PayPal, that serve as connectors to bridge this demand-and-supply gap until probably the volatility becomes acceptable to them, or until stable coins exist in every currency. So, if we were to put it in terms of years, I’m seeing a three to five-year horizon for this, from my initial view of around eight to ten years.”

Cathy also touched on blockchain as a value-settlement component of the internet. She believes this will begin to evolve into something that will pave the way for more use cases over the next decade.

“Since I started working on blockchain three years ago, and probably because I’m in the banking industry, I have had this attachment to the idea of blockchain acting as a value-settlement layer on top of the internet,” Casas shared during the panel discussion.

Casas pointed out how human behavior has been modified by the existence of smartphones and their applications, as well as social media sites. People have become more vulnerable to the dangers associated with the centralization of data, including cybersecurity concerns such as data theft. The good thing is that people are also slowly realizing this, seeing the value of having some form of decentralization to prevent becoming victims to these dangers.

“In five to ten years, this value-settlement layer will begin to evolve into something more concrete, something more user-friendly, more interoperable. We’ll have more types of assets and already set a framework for it, and probably more ESG [environmental, social, and governance] compliance — as more people think about doing and creating technology for good, and with more traditional institutions probably adapting to and already interacting with it,” Casas concludes.