These 5 Beauties Are Queens on TikTok, Too!

These 5 Beauties Are Queens on TikTok, Too!

Get to know some of the inspiring women who have represented the Philippines at the Miss Universe Pageant.

It’s no secret that Filipinos are big on beauty pageants. Much like sporting events, on coronation nights, Filipinos unite to support the country’s representative, cheering her on together with the entire nation. The Philippines is also considered a beauty pageant powerhouse, and thanks to our commitment to the art of pageantry, we are currently the second most crowned country in international beauty pageants. We are also one of only 5 countries who have won each of the Big Four international pageants – Miss Universe, Miss World, Miss International, and Miss Earth – at least once.

The inspiring Filipinas who have competed in international pageants are all strong women, who, in their own ways, help push for women empowerment in the country.  They are inspiring and fun, too, just like TikTok, and they share this side of themselves with fans and followers through their posts on the app.

Here are 5 homegrown beauty queens that you can follow on TikTok. 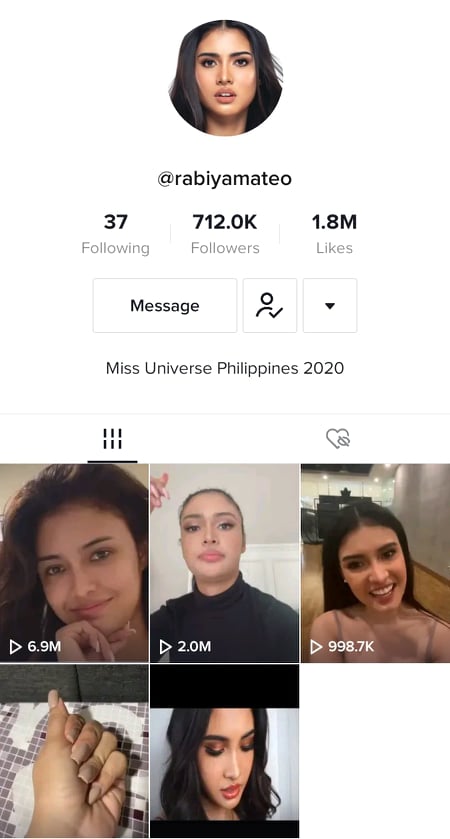 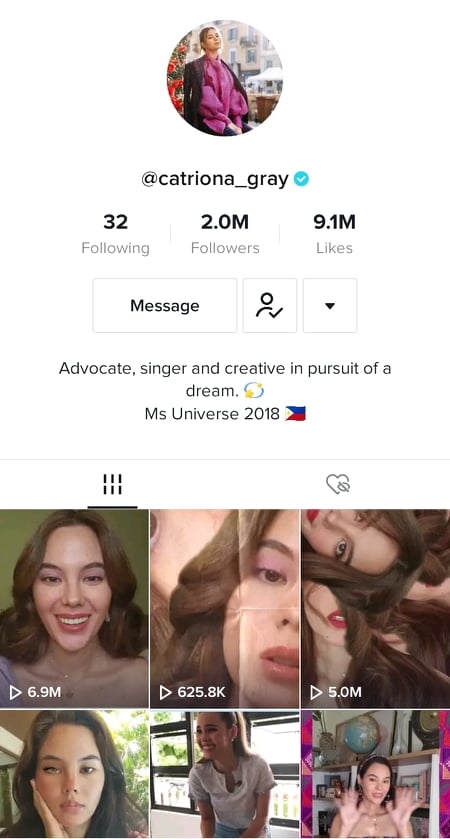 Crowned Miss Universe 2018, Catriona is the fourth Filipina to win the Miss Universe pageant. Best known for her signature “Lava Walk”, Catriona is truly a woman of many talents. Apart from modelling and joining beauty pageants, she also holds a graduation certificate in Music Theory, and was even the lead singer in her school’s jazz band. This beauty is tough too, and is a black belt in Choi Kwang-Do martial arts.

Maxine placed in the Top 6 when she represented the Philippines at the Miss Universe 2016 pageant. She is an interior designer who enjoys spending time at the beach with family and friends whenever she can. Here’s a fun piece of trivia – Maxine is not the only beauty queen in her family. In fact, her aunt, Gem Padilla-Thomas, also held the title of Miss Universe Philippines back in 1990. 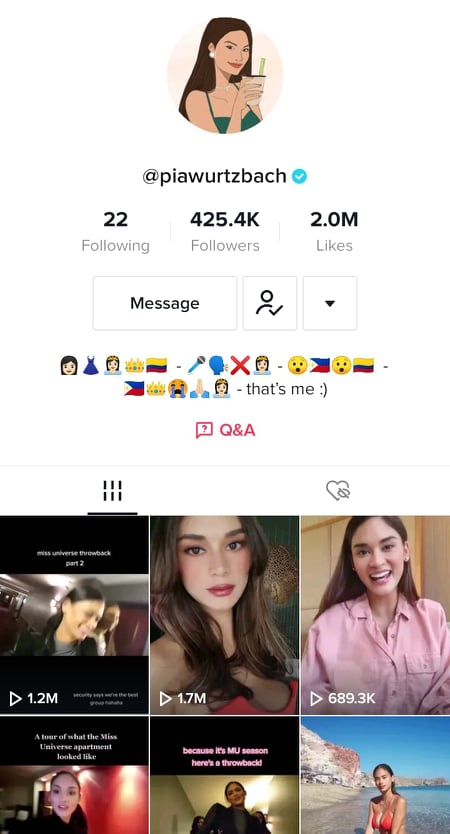 Pia is an HIV awareness advocate who promotes zero discrimination towards individuals living with the disease. Showing a tenacious side to her, it took three tries before Pia finally won the right to represent the Philippines at Miss Universe. She then went on to win the title that year, reigning as Miss universe in 2015. Before joining pageants, she acted in multiple films and TV shows, working hard as their family’s breadwinner since she was only 11 years old.

Another fierce female with a persistent side, MJ also joined Binibining Pilipinas three times before finally being crowned Miss Universe Philippines. At the 2014 Miss Universe pageant, she ended up as one of the 10 finalists. This beauty queen is also a Computer Engineer who graduated with honors from the University of Mindanao in Davao City.

Check out these amazing beauty queens, and discover even more inspiring women to follow on TikTok. Download the app on your iOS and Android devices today to get started.