Fathers provide, protect, and persevere at home and at work. In celebration of Father’s Day, three fathers from Shopee, the leading e-commerce platform in Southeast Asia and Taiwan, share how fatherhood has allowed them to become better versions of themselves, including at the workplace.

Martin: Evolving as a Leader and as a Father

Shopee Philippines Director Martin Yu has been leading teams to help businesses shift online through Shopee since 2017 and has seen the platform grow. As a father of two young boys, Martin has observed a common aspect between being a father and a leader that he now applies every day: the need to evolve. “When Shopee started in the Philippines, I had to be more of a coach, but as we grew and built up a larger team, I had to adjust my leadership style. I tried to foster a culture where my team is encouraged to speak up and contribute their ideas and initiatives. Now, my role is to ensure these align with our bigger business objectives.” 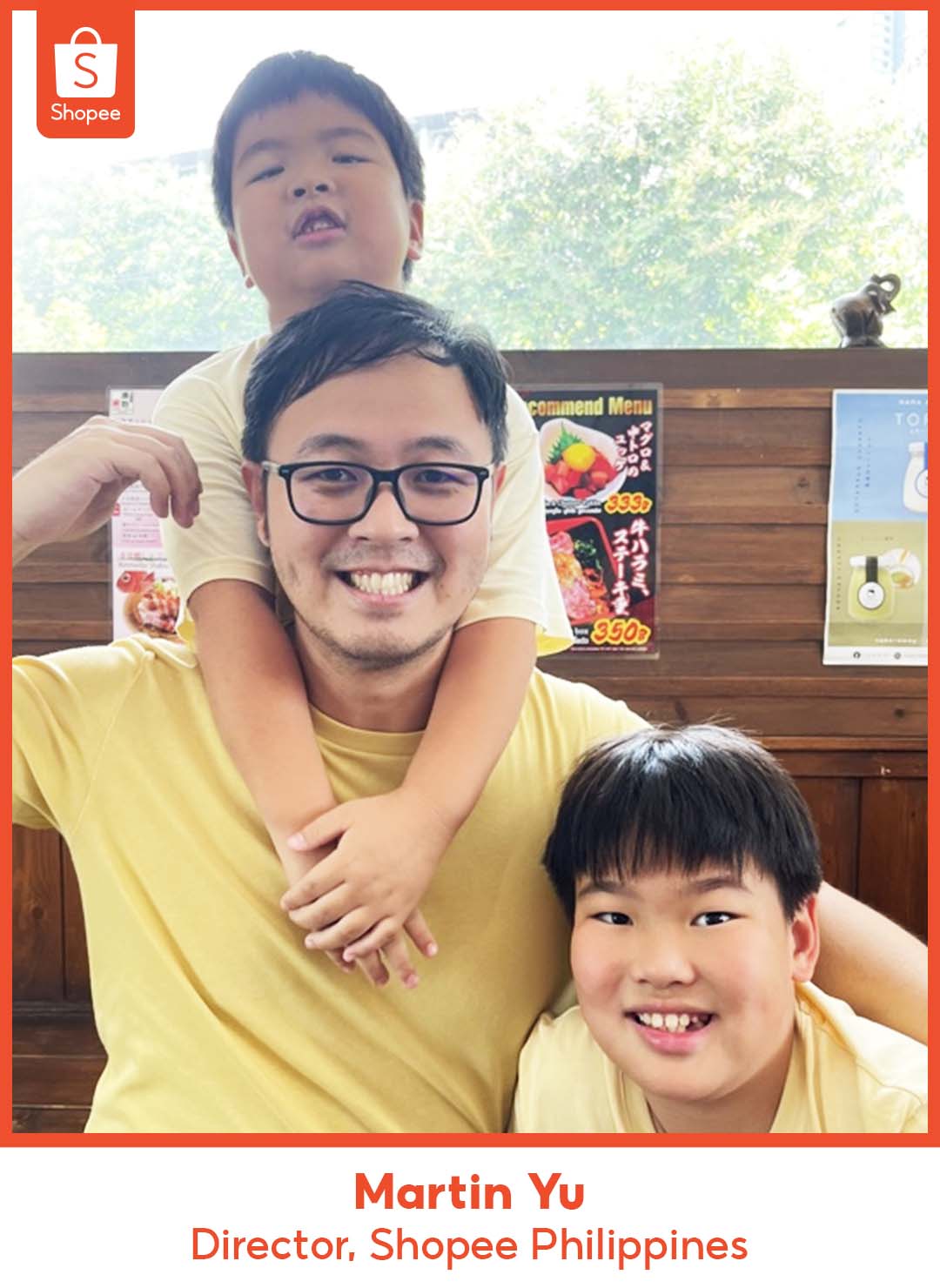 As a Father, Martin is mindful of how fast his sons are growing up and how he needs to similarly adapt his parenting style to keep up with their changing needs. “I encourage my children to try new things and try to be their buddy. I talk to my sons like we are friends now because they are developing their interests, and I want to encourage them to discover who they want to be in this fast-changing world. Looking ahead, I know I must adapt even more as they become teenagers and young adults.”

Martin’s ultimate hope is that his work will inspire his kids to pursue impactful careers. “My sons are still young, but I think it’s never too early to teach them the value of meaningful work that significantly impacts society and empowers them to pursue a career path that offers that opportunity.”

Before coming to work for Shopee Xpress as a partner rider two years ago, Michael worked as an overseas Filipino worker in Taiwan, just like his father. Growing up, he found it difficult to form a solid connection with his father since their relationship mainly consisted of online video calls. When Michael became a father four years ago, he knew he wanted to be a more present figure in his daughter’s life. 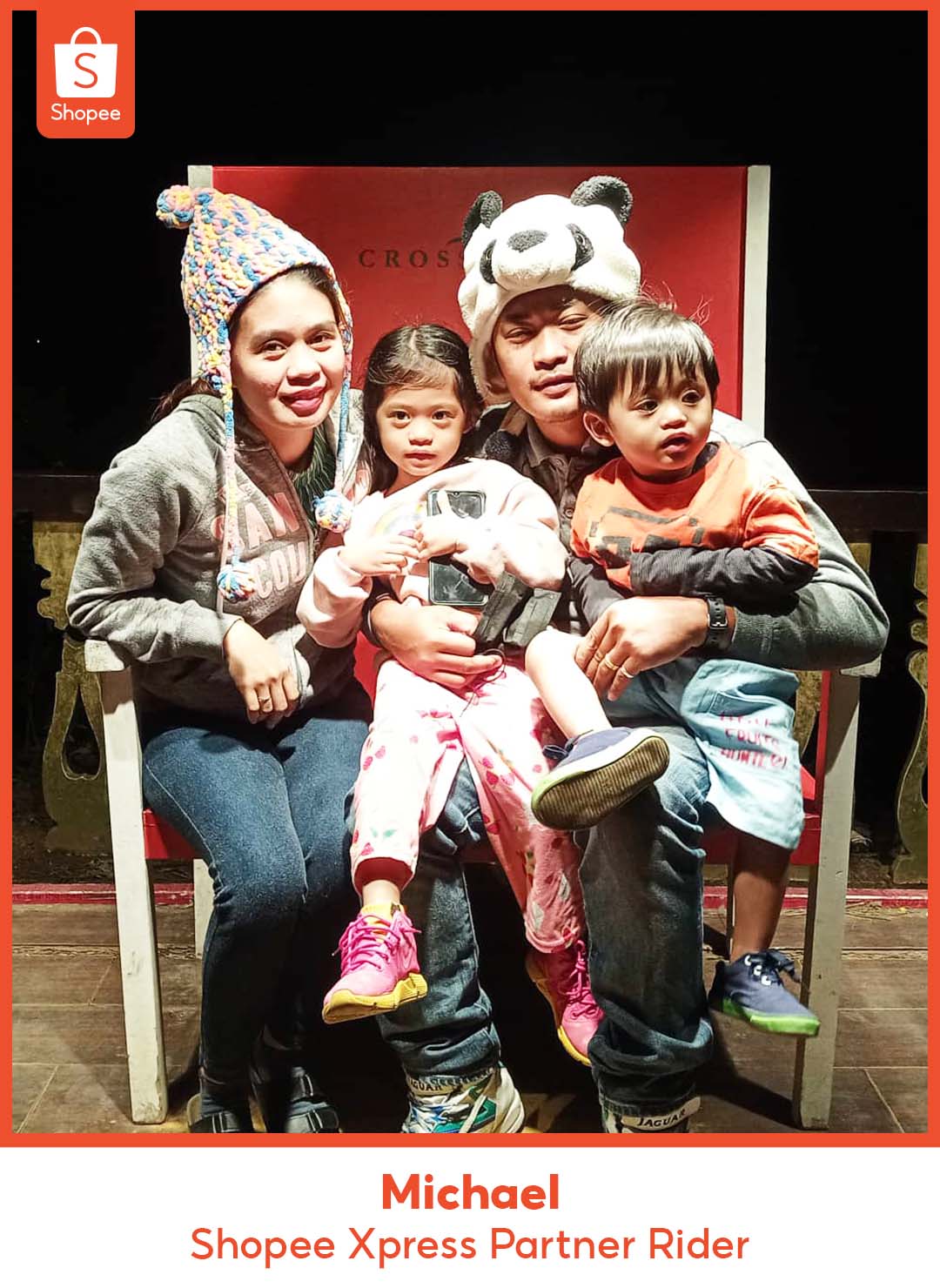 As a Shopee Xpress partner rider, not only is Michael able to provide for his family’s needs, but he can also play a more active role in the lives of his two children, aged two and four. “Bago nagsimula ang pandemya, balak ko talaga bumalik sa Taiwan para masuportahan ko ang aking pamilya. Nagpapasalamat ako nang lubos na nakakauwi ako sa aking mga anak araw-araw dahil sa aking trabaho bilang Shopee Xpress rider. Dahil dito, mas nagkakaroon ng meaning ang aking buhay at trabaho.” (Before the pandemic, I planned to return to Taiwan to continue providing for my family. I am grateful that my job as a Shopee Xpress partner rider allows me to come home to my children everyday. Being able to play an active role in their lives has given my life and my job more meaning and purpose.)

One of the things Michael is most proud of in life, is being a present father in the lives of his children. “Ang pinakamalaking inspirasyon ko sa buhay ay ang aking mga anak. Ipinagmamalaki ko na natutupad ko ang aking tungkulin bilang tatay sa kanilang buhay.” (My children are my biggest inspiration in life. It is very meaningful for me that I now get to fulfill my role as a father in a better way.)

Mark: Giving His Best as a Father and a Seller

Since becoming a father, Mark has learned what it truly means to work hard and persevere. He nearly lost his daughter nine years ago to biliary atresia, a rare condition that affected her liver and required her to undergo an expensive procedure abroad. By selling customized pillows on Shopee’s platform, Mark has been able to provide for his family’s needs, including his daughter’s regular medication. 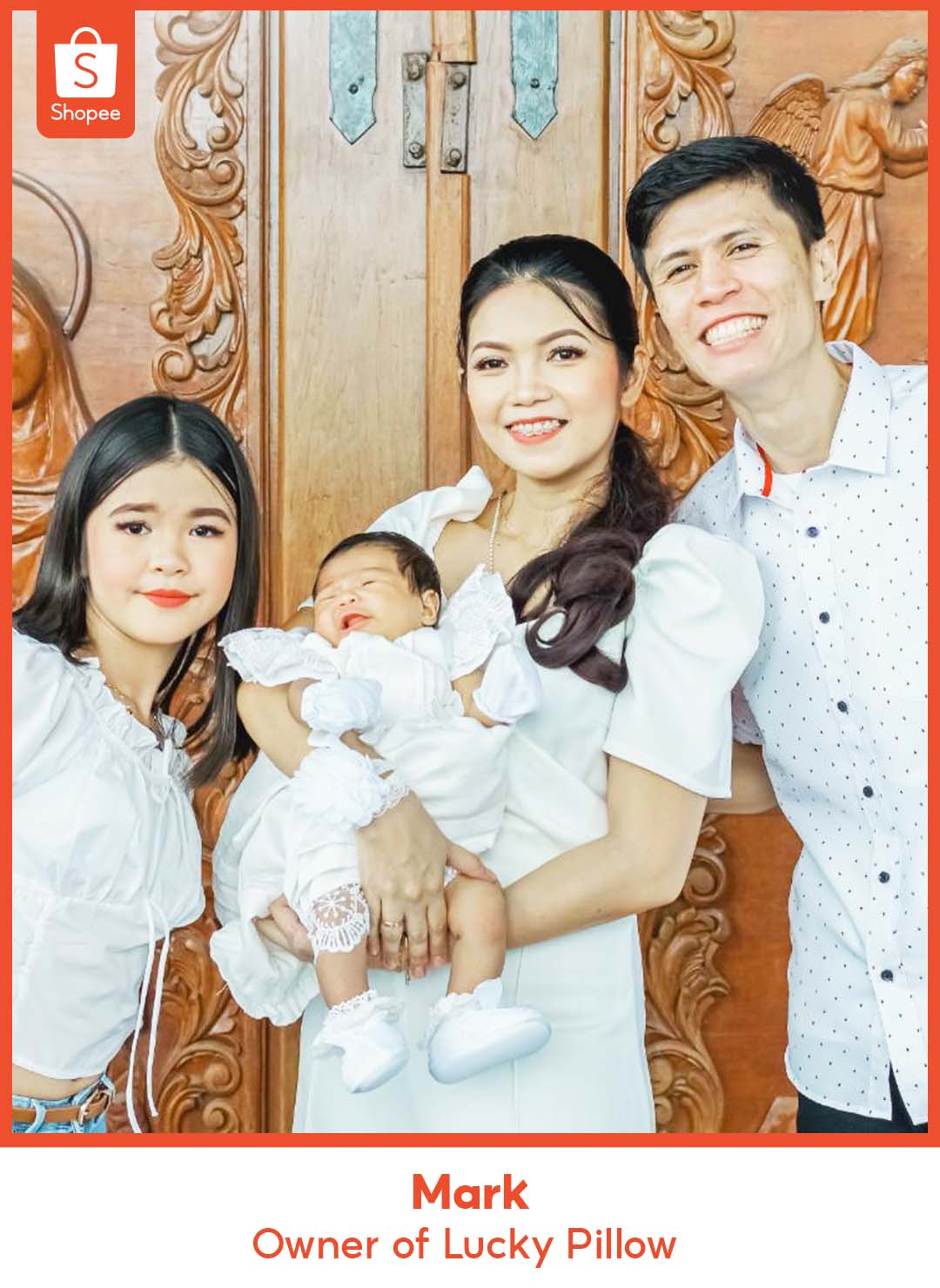 As a father and a seller, Mark said, “Nine years ago, I fought to become a father, and I continue to fight for my family every day. When I started my online business, I struggled to get orders, but I persevered and gave my all for them. Selling through Shopee has allowed my family to reach many milestones like building a home and a warehouse. Everything I do, whether as a father or a business owner, is driven by my love for my wife and daughters. Till today, I continue to give my best every day, not just for my family, but also for my customers.”

By embracing their roles as fathers, Martin, Michael, and Mark have come to understand better how to serve their customers and their teams in their respective roles as employees of Shopee and partners of Shopee Xpress. Their meaningful careers have enabled them to make a difference in the lives of others – both at home and in the workplace.