Gaming enthusiasts, shoppers, and guests can join esports tournaments, explore game features and products on display, listen to talks about the latest products, experience virtual reality and free play, meet influencers in the gaming and esports industry, and buy new gadgets that are on sale from March to May 2022 nationwide.

“We are excited to support Filipino esports athletes and gaming enthusiasts from all walks of life, by providing the best experience and the fastest LTE and 5G mobile network to power their game. With our massive network rollout and through our partnership with SM Cyberzone, we hope to empower our digital-savvy customers as they pursue their passions in mobile gaming and technology,” said Precy P. Katigbak, FVP and Head of National Key Accounts at PLDT and Smart. 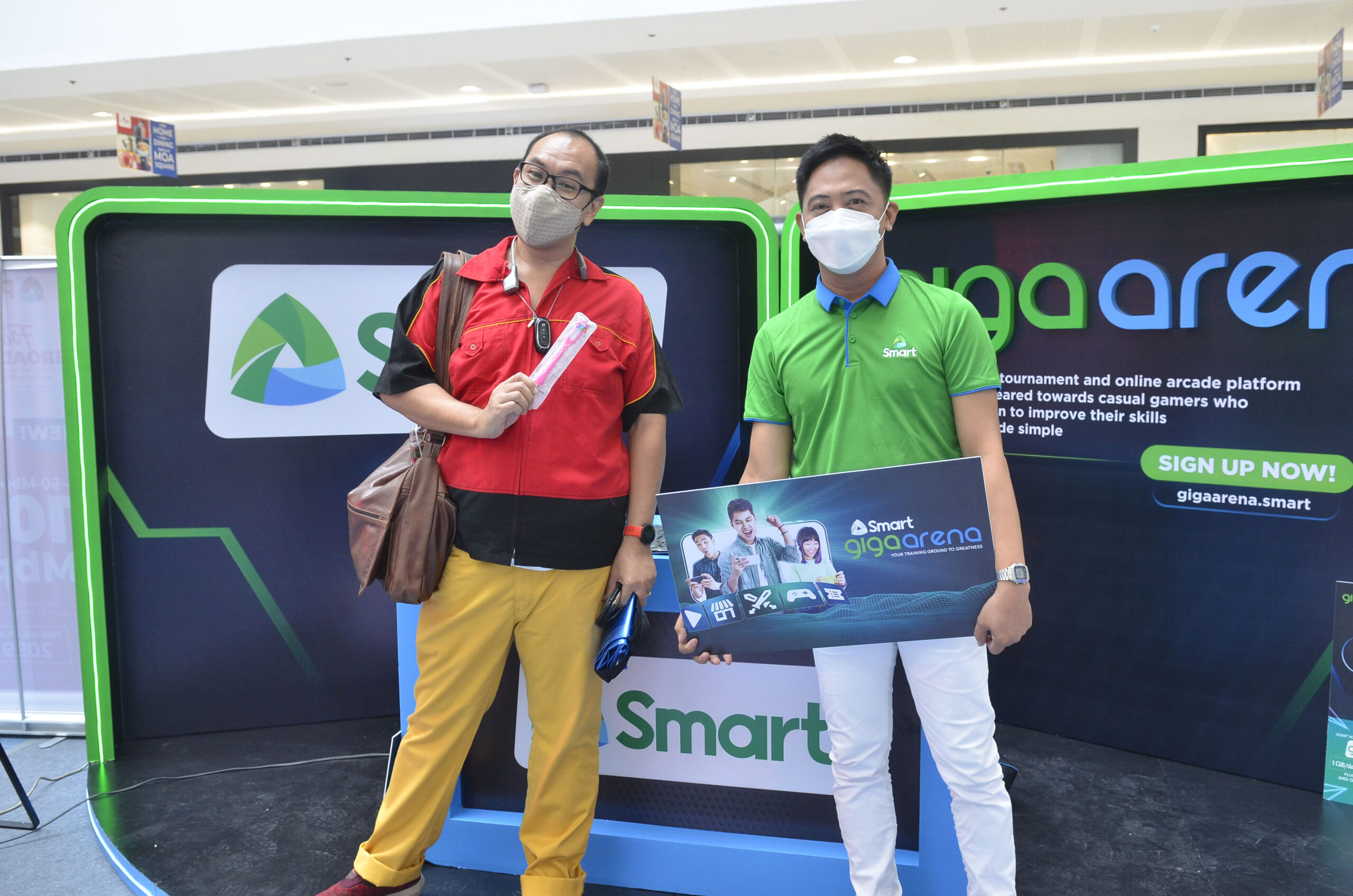 “Throughout the years, we have been supporting the gaming community here in the country. Through SM Cyberzone’s Game Fest, we provide them a venue to celebrate their passion for gaming. We want to help them further elevate their game through the latest tech-assured products that we have in Cyberzone,” said Mark Ramilo, Group Marketing Manager – Cyberzone.

Smart also introduced GIGA Arena at the event. GIGA Arena is the country’s first all-in-one platform that aims to bring the total esports experience at the fingertips of subscribers. Open to all Smart and TNT customers, GIGA Arena lets users match up with fellow players to compete in daily, weekly, and monthly tournaments on gigarena.smart for prestige and cash prizes.

Aside from enabling users to compete in live tournaments, the all-in-one platform also comes with innovative features that allow mobile gamers to set-up tournaments, stream live competitions, play arcade games, purchase e-load, and conveniently link their e-wallet to secure their tournament winnings via GigaPay with PayMaya, among others.

Smart has long supported the development of esports in the country. In 2019, Smart became the official sponsor of SIBOL, the country’s national esports team, in their debut in the Southeast Asian Games, where SIBOL bagged a total of five medals — three gold, one silver, and one bronze – for the Philippines.