“We are honored to be recognized at the Asia-Pacific Stevie Awards, as this represents the innovative thinking of the SM Group in creating campaigns that benefit the community, with inspiring campaigns that uplift people’s lives especially during these difficult times,” said Steven Tan, president of SM Supermalls.

The SM Buddy program of SM North Luzon and “Leading Change in the ‘New Reality’” campaigns brought home Gold Stevies for Most Valuable Pandemic Response, and Innovation in Human Resources Management, Planning and Practice, respectively. SM Buddy also won a Bronze Stevie for Most Valuable Service under the new COVID-19 Response category. The 2020 Safe Malling at SM campaign was awarded with Silver Stevie under the Communications or PR Campaign of the Year, and COVID-19-related Information category and a Bronze Stevie for the audio-visual presentations that accompanied the campaign under the competition’s Innovation in Public Relations Videos category. 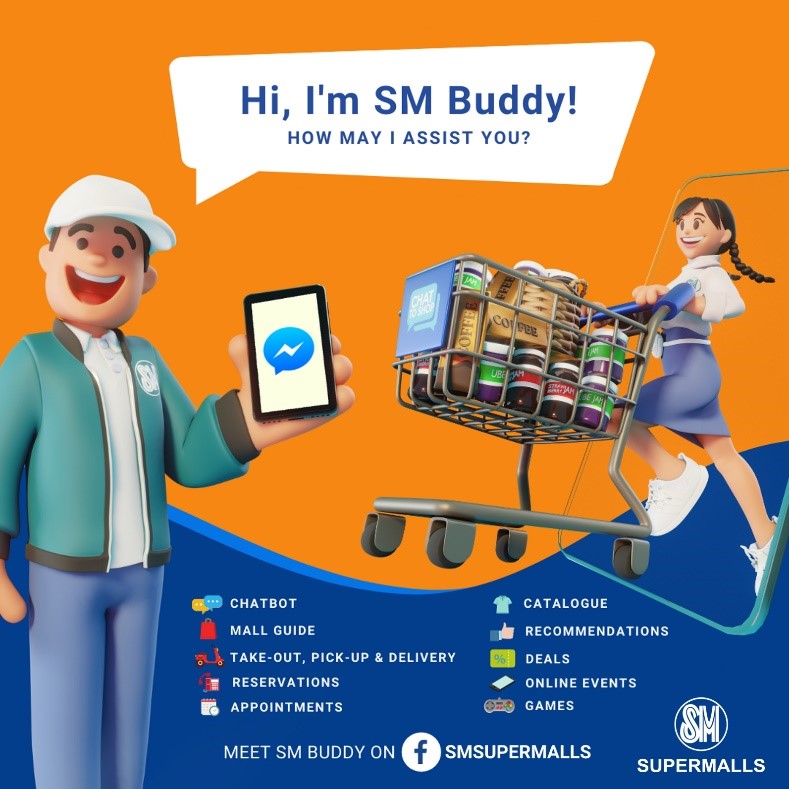 SM’s Rider Program won a Silver Stevie Award under Most Valuable Corporate Response category. SM’s Plant Fest campaign, on the other hand, was recognized with a Bronze Stevie for Innovation in Community Relations or Public Service Communications. SM Supermalls was also given a Bronze Stevie for Innovation in Cross-Media Marketing for The Aura Shopper, an innovative service that allows SM Aura Premier customers to conveniently shop using their Facebook Messenger accounts.

These global awards stand as testimony to SM Supermalls’ and SM China’s reputation as some of Asia-Pacific’s most innovative companies, employing creativity and corporate social responsibility in the different areas of its business. Both SM Supermalls and SM China are owned and operated by SM Prime Holdings, Inc., one of the largest integrated property developers in Southeast Asia.

SM Buddy campaign of SM Supermalls North Luzon reaps gold and bronze Stevie Awards for its efficient virtual shopping assistant amid the pandemic which offered help to its 2.3 million Facebook followers. Through the service, around 60 local delivery providers with more than 2,500 local riders have benefited and was able to provide jobs for tricycle operators by encouraging them to become delivery riders as well.

Leading Change in the New Reality

SM Supermalls’ Human Resources Division reaped Gold Stevie Award under the category Innovation on Human Resources Management, Planning and Practices for its program, “Leading Change in the New Reality.” With the well-being of its employees as its priority, the HR division pivoted its programs anchoring on three pillars that shape life in SM – purpose, passion and performance.  Through these various employee programs, SM Supermalls was able to retain 98% of its high potential talents. 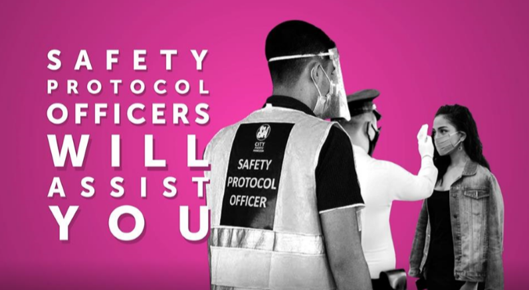 In bagging the Silver and the Bronze Stevies for Communications or PR Campaign of the Year for COVID-19 Information and Innovation in Public Relations Videos respectively, SM Supermalls was recognized for its effective execution of the #SafeMallingAtSM public information campaign that comprehensively details all safety and sanitation measures for all shoppers, employees, and tenants of its malls nationwide.

For its innovative execution of a community relations or public service communication campaign, SM Supermalls took home a Bronze Stevie for mounting the very first SM Plant Fest in February 2021, with the aim to help plant enthusiasts in their green journey. MSMEs participating in the exhibit were given affordable rates to utilize mall spaces during the event, providing them with a safe platform to showcase their plant-related merchandise. The event was complemented by educational webisodes on plant care which provided helpful information from Philippine Bonsai Society Inc., SM’s institutional partner for the campaign.

SM Xiamen Lifestyle Center created a large-scale public campaign of “Tree of Moment which won a Gold Stevie Award. The theme of the campaign is to connect strangers with each other by scanning the code to learn the story. With the concept of “Connection and Symbiosis”, SM and its tenants were deeply integrated, presenting a series of activities such as comics, reading, movies and concerts, allowing the “Tree of Everything” to blossom into infinite possibilities. 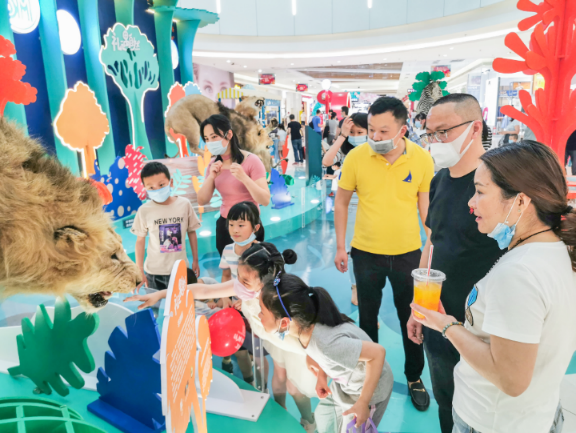 SM City Xiamen’s SM Planting Grass Festival which won a Silver Stevie is a 49-day-long environmental protection campaign. It adopted various innovative forms such as animated video, hand-drawn graphics, naked-eye 3D painting, mirror interaction and other forms in order to carry out multiple online and offline warm-up events. In addition to the traditional activities of Earth Hour, the mall joined hands with brands to create a botanical world of photography, viewing, floral art and painting to live in symbiosis with nature.

Enjoying a Natural Wonderland of SM City Chengdu won a bronze medal at the Stevie Awards for cross-collaboration through an innovative move to set up a mobile museum in the shopping mall. The mall held one-month exhibition of 8pcs rare animal specimens, with more than 100,000 visitors. There were also customized public transportation cards that were provided to encourage people to choose more environmentally friendly travel methods when they go out. 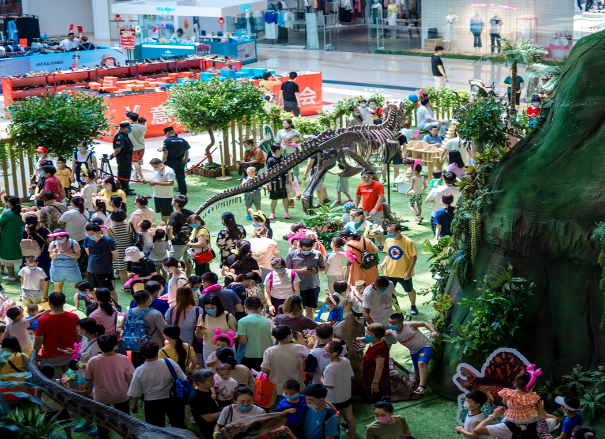 Back to Super Dinosaurs’ World

SM City Tianjin, the biggest and newest mall of SM Group in China, introduced the 1st Immersive & Interesting Education Carnival with 500M² Back to Super Dinosaurs’ World which has earned a Bronze Stevie.

The Asia-Pacific Stevie® Awards is a prestigious international business awards competition that is open to all organizations in the 29 nations of the Asia-Pacific region.  The focus of the awards is on recognizing innovation in all its forms.