As a P-pop boy group with a strong fanbase known as A’TIN, SB19 needs to stay connected with them on social media. The boys, composed of Pablo, Josh, Justin, Ken, and Stell, have been part of #TeamGalaxy since 2020 and this year, Samsung released a fun video of the Galaxy A12 and A02s with SB19 as Minis.

“The content is quirky! It’s fun to see ourselves as chibis. It’s fresh and relatable to A’TIN as well. We love that the ‘Alab’ choreography was also in the video,” says the boy group.

Since posting, the video has been viewed thousands of times on YouTube and garnered hundreds of comments from their fans on Facebook. The success was followed by the release of the music video of their new song, “What?” Their new music video got more than five million views in just a week, putting SB19 at the top of YouTube and Twitter trending lists.

Their meteoric success makes it important for SB19 to have smartphones like the Galaxy A12 to keep up with everything they have to do. 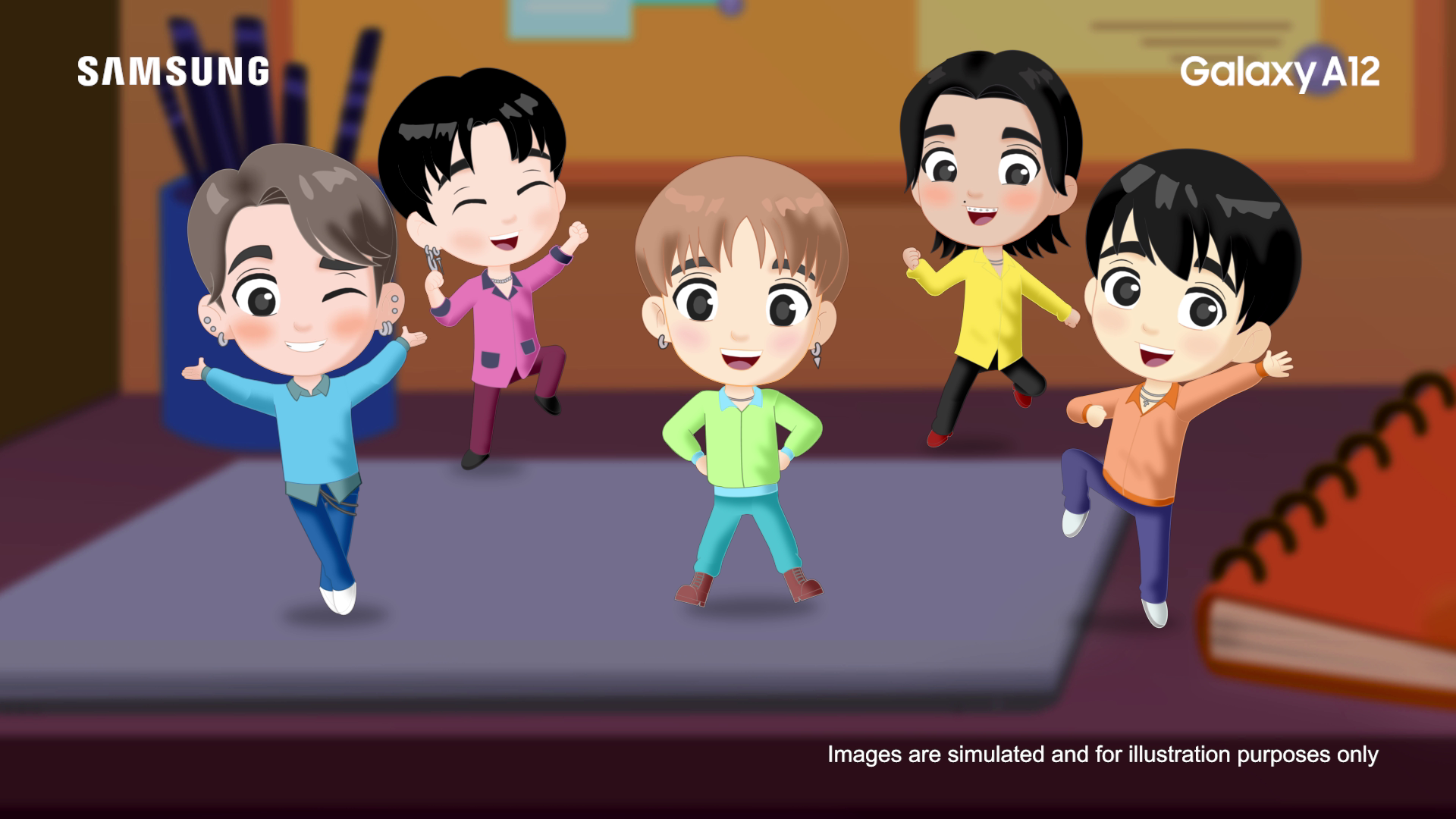 “If there’s one thing that we can’t leave home without, it would be our smartphones,” they reveal. “Our Galaxy A12 is essential not just for communicating with each other but also in keeping A’TIN updated. It is our go-to phone when we want to interact with fans online and share our daily activities on our social media accounts.”

The boy band uses the Galaxy A12’s 5MP Wide-Angle Camera to record rehearsal videos, while the 48MP main and the 8MP selfie lens are perfect for their TikTok challenges. They are free to save as many videos as they want because of the device’s large 128GB storage. Since they are always out and about, the long-lasting 5000mAh battery life is also helpful. According to SB19, “you can have all these specs at an affordable price!”

SB19 recommends the Galaxy A12 for those who want to unleash their awesome, may it be their talents, passions, or interests, and share it with the world.

“The Galaxy A12 is one of the best options in the market. With its specifications and its price range, it is accessible to all. May it be for work, uploading your content online, or “sharing your awesome,” you can depend on Galaxy A12 to get it done,” the boys say.

Watch SB19 unleash their awesome with the Galaxy A12 here.