The National Commission on Indigenous Peoples (NCIP) will launch three coffee table books under Project “Epanaw” or “Journey” on March 14, showcasing the indigenous cultural communities/indigenous peoples (ICCs/IPs), their pristine but still relevant indigenous knowledge and systems, and their existing and potential contributions to sustainable development.

“Project Epanaw is the story of the ICCs/IPs through their own eyes. Through this project, NCIP seeks to pay tribute and memorialize the identities and rituals of the indigenous peoples as well as to highlight the importance of protecting their ancestral domains,” said Secretary Allen Capuyan, NCIP Chairperson.

The first coffee table book, “Pagkilala” (Recognize), showcases the profiles of each ICC/IP. It contains information about their history, location, and overview of their social and daily lives.

The second coffee table book, “Paggalang” (Respect), features festivals and rituals that the ICCs/\Ps practice in relation to important events such as birth and death, agricultural cycle, and the sacred and profane. 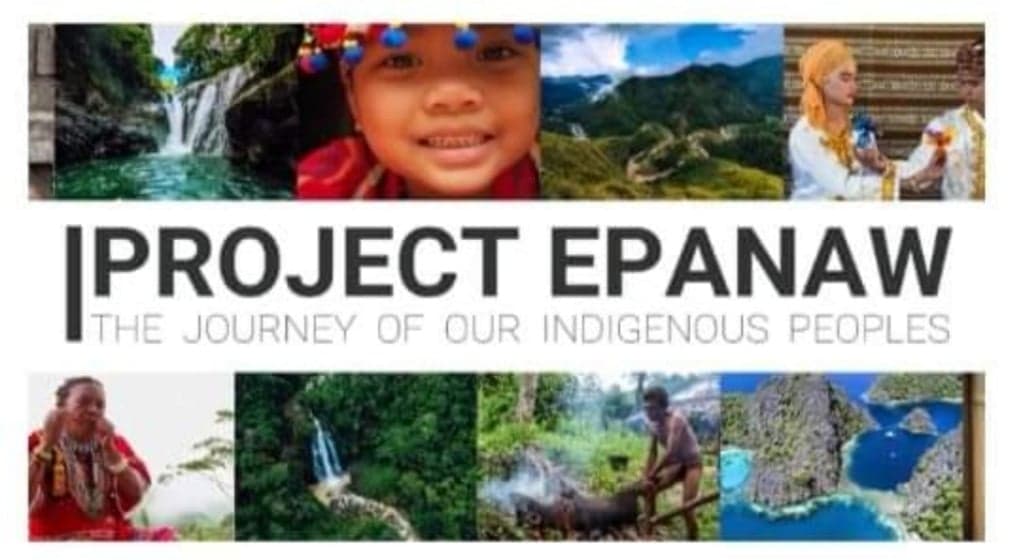 While the third coffee table book, Pagtaguyod (Promote), contains travel destinations in ancestral domains for tourism. The promotion of these sites will not only generate livelihood but also highlights the significance of protecting and asserting the rights of indigenous groups to their ancestral domain.

The NCIP has partnered with the Tourism Promotions Board (TPB) of the Department Tourism (DOT) for Project Epanaw.

The launching will include a month-long photo exhibit in two venues, one in SM Lanang Premier in Davao City and another in SM Aura Premier in Taguig City.

“With these coffee table books, we hope that the indigenous cultural communities or indigenous peoples will be fully recognized and their four bundles of rights be earnestly upheld. These are their rights to ancestral domain; rights to self-governance and empowerment; social justice and human rights, and rights to cultural integrity,” Sec. Capuyan said.

During the launching, the NCIP will also kick off the second phase of Project Epanaw which aims to scale up research and documentation of indigenous knowledge systems and practices.

The Indigenous Peoples Research Development Project (IPRDP} focuses on deepening studies on the baseline data and information gathered through the coffee table books.

“It serves as a follow through on the initial documentation initiatives with the basic consideration of having IPs being trained to participate as primary researchers in coming up with their own ethnographies,” Sec. Capuyan said.

NCIP has tapped local government units, state universities and colleges, international organizations and the private sector, among others, to help in the promotion and preservation of ICCs/IPs’ rich heritage, culture and history.

ABOUT THE NATIONAL COMMISSION ON INDIGENOUS PEOPLES

The NCIP is the primary government agency that formulates and implements policies, plans and programs for the recognition, promotion and protection of the tights and well-being of IPs with due regard to their ancestral domains and lands, self-governance and empowerment, social justice and human rights, and cultural integrity.